They call it the I.D. Crozz. 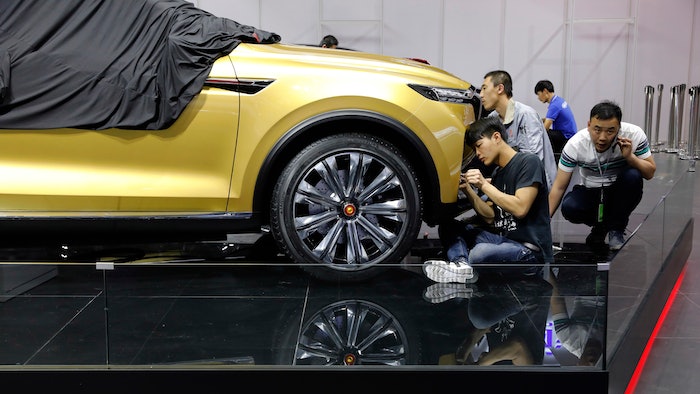 Workers prepare for the Auto Shanghai 2017 show at the National Exhibition and Convention Center in Shanghai, China, Tuesday, April 18, 2017. At the auto show, the global industry's biggest marketing event of the year, almost every global and Chinese auto brand is showing at least one electric concept vehicle, if not a market-ready model.
AP Photo/Ng Han Guan

Volkswagen has unveiled an electric crossover concept vehicle, the I.D. Crozz, on the eve of the Shanghai auto show.

Such range could help electrics win wider consumer acceptance by reducing "range anxiety," or fear of running out of power without a charger nearby.

Volkswagen said earlier it will launch a pure-electric car in China next year. It joins General Motors, Ford and other automakers that have announced electric models for China as Beijing steps up pressure on the industry to develop alternatives to gasoline.