It has been a tumultuous time for company. 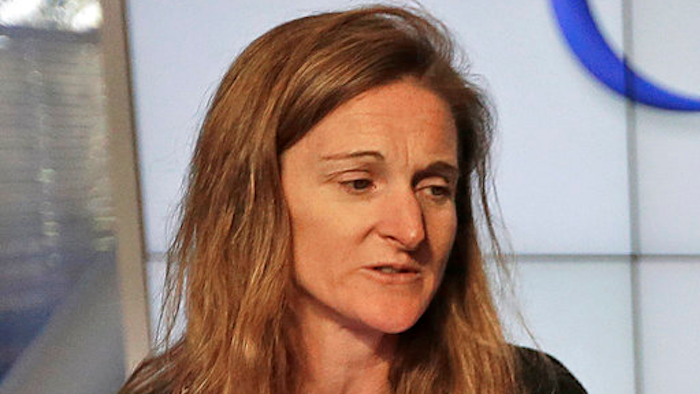 In this Friday, Feb. 20, 2015, file photo, Rachel Whetstone attends a Google event in Mountain View, Calif. On Wednesday, April 12, 2017, Uber said Whetstone, the company's head of communications, has decided to leave the ride-hailing company. In a memo to employees, Uber CEO Travis Kalanick called her a “force of nature” who was “was way ahead of the game when it came to many of the changes we needed to make as a company.”
AP Photo/Ben Margot, File

NEW YORK (AP) — Uber's head of communications is leaving, the latest in a string of executive departures as the ride-hailing company tries to dig out from a pile of troubles.

In a memo to employees, CEO Travis Kalanick called Rachel Whetstone a "force of nature" who was "was way ahead of the game when it came to many of the changes we needed to make as a company."

Uber is facing accusations of routinely tolerated sexism and sexual harassment in the workplace, as well as troubles for Kalanick after a video surfaced showing him berating a driver. The company is hiring a chief operating officer to help him manage the company. Uber has also hired former Attorney General Eric Holder to lead an investigation into the sexism allegations.

Whetstone, who joined Uber in 2015 after a decade at Google, did not give a reason for her departure. Her deputy, Jill Hazelbaker, is replacing her.

"I am incredibly proud of the team that we've built — and that just as when I left Google, a strong and brilliant woman will be taking my place," Whetstone said in a statement.

Last month, Uber's president, Jeff Jones quit the company less than a year after he joined from Target. In a statement to the tech blog Recode at the time, Jones said "the beliefs and approach to leadership that have guided my career are inconsistent with what I saw and experienced at Uber, and I can no longer continue as president of the ride-sharing business."

In February, a top engineering executive, Amit Singhal, left Uber five weeks after his hire was announced. The tech blog Recode reported that Singhal failed to disclose that he'd left his previous job at Google because of a sexual harassment allegation.