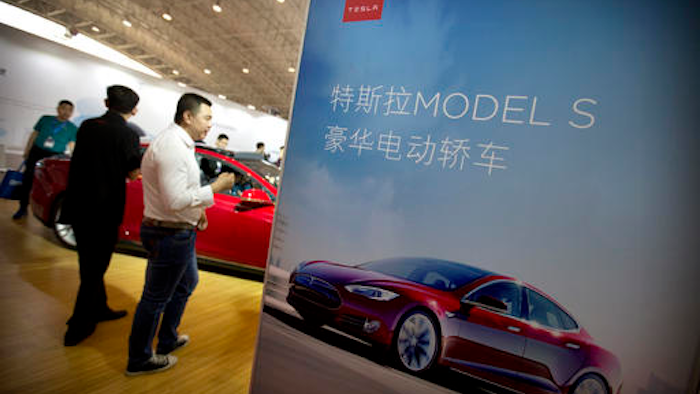 In this April 25, 2016, file photo, visitors look at a Tesla Model S electric car on display at the Beijing International Automotive Exhibition in Beijing. Tesla said August 15, 2016, that the removal of the term autopilot from its website for China was a mistake and the term is being restored.
AP Photo/Mark Schiefelbein, File

Tencent spent $1.8 billion acquiring 8.2 million shares during Tesla's stock offering earlier this month, according to documents filed with the U.S. Securities and Exchange Commission. Tesla held the offering to raise money for its first mass-market car, the Model 3, which is due out later this year.

Shenzhen-based Tencent is one of the largest tech companies in Asia, with revenue of $21.9 billion in 2016. It operates social networking and online payment platforms and games.