Tesla Equipping Cars to Drive Completely on Their Own

Musk said he thinks the price will prove to be a pittance if he meets his goal of improving the technology so it's eventually 10 times safer than a human driver. 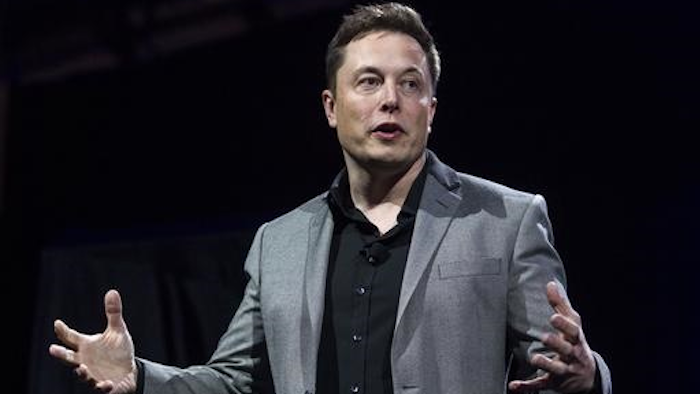 SAN FRANCISCO (AP) — Tesla Motors is starting to build its electric cars with all the sensors, cameras and other gear needed to drive completely on their own when regulations allow the technology to take over that responsibility.

The announcement made late Wednesday by Tesla CEO Elon Musk marks the Silicon Valley automaker's next step toward selling cars that can navigate the roads without the help of a human.

Google, ride-hailing service Uber and an assortment of other automakers also are working on a range of self-driving cars in an effort to ultimately turn the steering wheel over to robots.

Tesla has offered an automatic steering and braking system called Autopilot in its cars since last year, but that technology is meant to be monitored at all times by a driver.

After additional testing and getting the necessary regulatory clearance, all the cars rolling off Tesla's assembly lines will have the equipment needed to be fully autonomous, Musk said. By auto-industry standards Tesla is small, making about 100,000 cars a year, although hopes to increase its production to 500,000 vehicles per year by 2018.

Musk predicted the technology will be twice as safe as a human driver. But adding the protection will jack up prices on Tesla vehicles that already can run over $80,000 depending on what features a buyer wants. Adding the software and activating the hardware needed for a fully autonomous car will cost an additional $8,000 — a more than 20 percent increase on the cost of Tesla's $35,000 Model 3 sedan that is scheduled to be delivered next year.

Musk said he thinks the price will prove to be a pittance if he meets his goal of improving the technology so it's eventually 10 times safer than a human driver. The cars with the fully self-driving technology will get those improvements in upgrades delivered online.

Tesla's future cars will have eight cameras instead of the single one currently on the vehicles running the less-sophisticated Autopilot system. They will have sensors with twice the range as the current vehicles and have 40 times more computing power capable of performing 12 trillion operations per second, according to Musk.

"It will basically be a supercomputer in a car," he said.

But it's an open question when federal and state regulators in the U.S. will settle on laws that allow robots to drive cars.

Even if regulations were to allow it now, Tesla is conceding it's not ready to flip switch yet, saying it still needs to do more testing and gather more data. For that reason, safety features such as automatic emergency breaking, collision warning, lane holding and active cruise control that are currently available in current cars using the first generation of Autopilot won't be immediately be turned on in the vehicles designed to be fully autonomous.

"There's also a risk that by the time all these self-driving features are fully tested and activated, other manufacturers may be ready to roll out more advanced hardware with better capabilities," Caldwell said.

Consumer watchdogs have questioned whether Tesla's first Autopilot system was ready to be on the road after a driver earlier this year using the system was killed when his Model S sedan struck a tractor-trailer in Florida. Tesla maintains Autopilot wasn't at fault. Government regulators are investigating the circumstances of the accident.