Biologist made discoveries on how cells break down and recycle content, a garbage disposal system that scientists hope to harness in the fight against cancer, Alzheimer's and other diseases.

Karl Ritter
In this July, 2016 photo, Japanese scientist Yoshinori Ohsumi smiles at the Tokyo Institute of Technology campus in Yokohama, south of Tokyo. Ohsumi was awarded this year's Nobel Prize in medicine on Monday, Oct. 3, for discoveries related to the degrading and recycling of cellular components. The Karolinska Institute honored Ohsumi for "brilliant experiments" in the 1990s on autophagy, the machinery with which cells recycle their content. Disrupted autophagy has been linked to various diseases including Parkinson's, diabetes and cancer, the institute said.
Akiko Matsushita/Kyodo News via AP

STOCKHOLM (AP) — Japanese biologist Yoshinori Ohsumi won the Nobel Prize in medicine on Monday for discoveries on how cells break down and recycle content, a garbage disposal system that scientists hope to harness in the fight against cancer, Alzheimer's and other diseases.

The Karolinska Institute honored Ohsumi for "brilliant experiments" in the 1990s on autophagy, a phenomenon that literally means "self-eating" and describes how cells gobble up damaged content and provide building blocks for renewal.

Disrupted autophagy (aw-TAH'-fuh-jee) has been linked to several diseases including Parkinson's, diabetes and cancer, the prize committee said.

"Intense research is now ongoing to develop drugs that can target autophagy in various diseases," it said in its citation .

Ohsumi, 71, from Fukuoka, Japan, is a professor at the Tokyo Institute of Technology. In 2012, he won the Kyoto Prize, Japan's highest private award for global achievement.

Ohsumi said he never thought he would win a Nobel Prize for his work, which he said involved studying yeast in a microscope day after day for decades.

"As a boy, the Nobel Prize was a dream, but after starting my research, it was out of my picture," he told reporters in Tokyo.

"I don't feel comfortable competing with many people, and instead I find it more enjoyable doing something nobody else is doing," Ohsumi added. "In a way, that's what science is all about, and the joy of finding something inspires me."

Nobel committee secretary Thomas Perlmann said Ohsumi seemed surprised when he was informed he had won the Nobel Prize.

"The first thing he said was 'ahhh.' He was very, very pleased," Perlmann said.

Nobel judges often award discoveries made decades ago, to make sure they have stood the test of time.

The term autophagy was coined in 1963 by Belgian scientist Christian de Duve, who shared the 1974 Nobel Prize in medicine for discoveries on cell structure and organization.

Now "we know that autophagy is important for a host of important mammalian functions." For example, it protects against starvation in the period when a newborn animal hasn't yet started breastfeeding, by providing energy, he said.

It also removes proteins that clump together abnormally in brain cells, which is important in conditions like Huntington's and Parkinson's diseases and some forms of dementia. If autophagy didn't do that job, "the diseases would appear more early and be more aggressive," he said.

Animal studies suggest that boosting autophagy can ease and delay such diseases, said Rubinsztein, whose lab is pursuing that approach for therapy.

"As time goes on, people are finding connections with more and more diseases" and normal cellular operations, he said.

The fundamental significance of autophagy was only recognized after Ohsumi's "paradigm-shifting research" on yeast in the 1990s, the Nobel committee said. It said he published his "seminal discovery" of 15 genes crucial to autophagy in 1993, and cloned several of those genes in yeast and mammalian cells in subsequent studies.

"He actually unraveled which are the components which actually perform this whole process," Rune Toftgard, chairman of the Nobel Assembly, said.

Deficiencies in autophagy are linked to diseases associated with aging like Alzheimer's and Parkinson's, as well as with Type 2 diabetes, Toftgard said. Researchers are now trying to find out whether such diseases can be fought by boosting or suppressing the process.

"There are now over 40 to 50 clinical trials ongoing internationally to test different inhibitors or activators of autophagy," he said.

In Tokyo, Ohsumi said many details of autophagy are yet to be understood and that he hoped younger scientists would join him in looking for the answers.

"There is no finish line for science. When I find an answer to one question, another question comes up. I have never thought I have solved all the questions," he said. "So I have to keep asking questions to yeast."

It was the 107th award in the medicine category since the first Nobel Prizes were handed out in 1905.

Last year's prize was shared by three scientists who developed treatments for malaria and other tropical diseases.

The announcements continue with physics on Tuesday, chemistry on Wednesday and the Nobel Peace Prize on Friday. The economics and literature awards will be announced next week.

Each prize is worth 8 million kronor ($930,000). The awards will be handed out at prize ceremonies in Stockholm and Oslo on Dec. 10, the anniversary of prize founder Alfred Nobel's death in 1896. 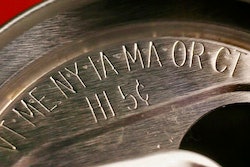 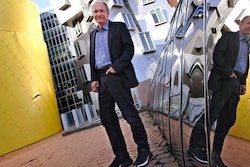