After four years of development, these rockets are taller than any on the market today, including those offered by SpaceX and NASA in targeting trips to Mars. 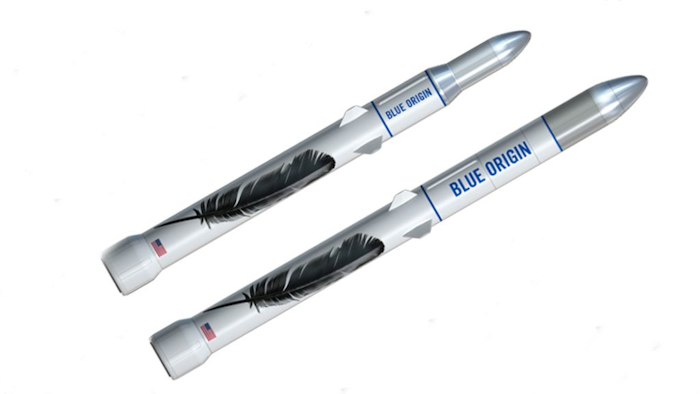 After four years of development, the 270-foot high two-stage and 313-foot three-stage rockets will be taller than any on the market today, including SpaceX's Falcon 9, which comes in at 224 feet. Multiple stages will allow for further travel into space.

The New Glenn is dwarfed only by the Saturn V rocket (363 feet tall) that propelled Apollo era astronauts to the Moon in the 1960s and 1970s. NASA is currently working on the 384-foot Space Launch System rocket that will be the tallest ever for transporting people. The Blue Origins rocket is named in honor of John Glenn, the first American to orbit Earth.

Possibly more important than length is the fact that the New Glenn rockets are wider. This could make them easier and safer to land at their initial destination, as well as upon their return to Earth.

It lifts off with 3.85 million pounds of thrust from seven BE-4 engines, with a re-usable booster portion that can return to Earth after launching its payload to space and separating from the rocket. Both SpaceX and Blue Origin have successfully launched and returned the first stages of their rockets to upright landings on Earth, but the New Glenn's added boosting power could offer a significant advantage over the current offerings of SpaceX in reaching destinations such as Mars.