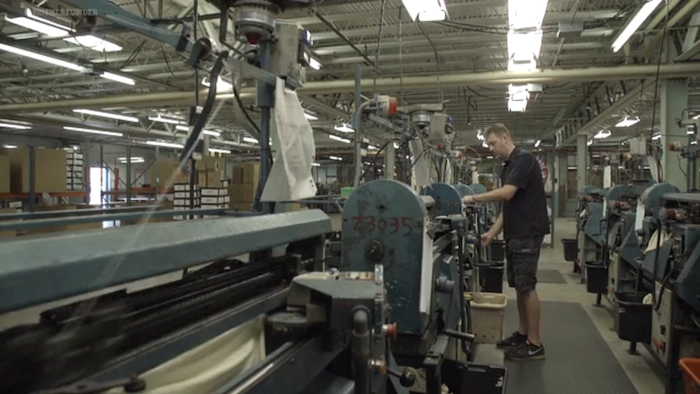 The company now has 85 knitting machines, with 10 that are operating.
Kangol, Kickstarter

ADAMSTOWN, Pa. (AP) — A Pennsylvania company that produces a style of hats made famous by actor Samuel L. Jackson and rappers has moved its hat-making machines from China to Lancaster County.

The company raised more than $100,000 during a Kickstarter fundraising campaign last year that featured a video in which Jackson appeared, wearing a T-shirt that said: "Motherfunder."

It also received about $160,000 in state grants and tax credits in August. Chief executive Don Rongione says the cost of buying, shipping and setting up the machines was more than $1 million.

The company now has 85 knitting machines, with 10 that are operating.