The wearable neurotechnology device could improve sleep and thereby lower the risk. 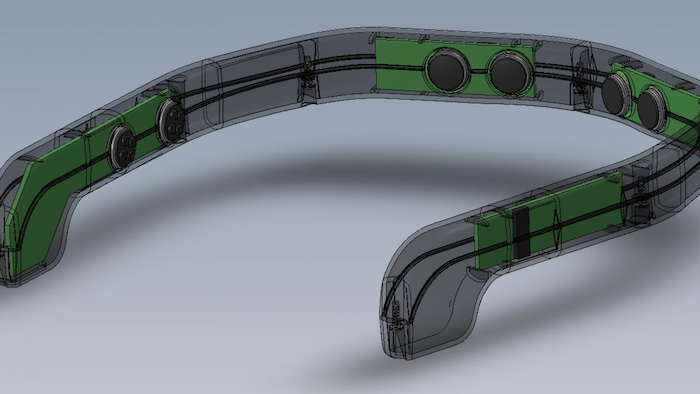 Brain State Technologies has announced a new study that describes how use of a wearable neurotechnology device by military personnel could improve sleep and thereby lower the risk of developing post traumatic stress disorder (PTSD).

The ideas and analysis are being presented today at the Military Health System Research Symposium (MHSRS), being held August 15-18, in Kissimmee, Florida.

Studies have long shown that sleep disturbance is a core feature of PTSD and one of the most difficult symptoms to manage. Neither counseling nor medication treatments tend to be highly effective for helping people overcome PTSD-related sleep problems.

Moreover, recent studies show that sleep disturbance is not only a negative outcome from PTSD, it may also contribute to its onset.

Collaborating with researchers from the Department of Neurology at Wake Forest School of Medicine, the Brain State team produced an analysis showing that sleep improvement may be a strategic approach to reducing the number of new-onset cases of PTSD in service members who will be deployed to combat zones.

The researchers began by reviewing data from a study of military service members who were deployed to Iraq after 9/11. In that study, published in 2013 in the journal Sleep, a group from the University of Pennsylvania, the Veteran's Administration, and others, had found that "the risk [for PTSD] conferred by insomnia symptoms was almost as strong as... combat exposure."

By combining estimates of the risk for PTSD conferred by insomnia, with estimates for how much insomnia might be reduced through use of a wearable device for sleep quality enhancement, the Brain State-Wake Forest team produced quantitative estimates for reductions in new cases of PTSD, for a scenario where a large group of service members is sent into a combat zone.

The idea that a wearable device could be designed to optimize sleep quality and circadian regulation emerged from the collaborative investigations of Brain State Technologies' Founder & CEO, Lee Gerdes and Director of Research, Dr. Sung Lee.

In 2015, the company developed wearable technology intended for exactly this purpose, partially supported by an award from the US Army Research Office.

Gerdes states that "we are very excited about presenting this analysis to military health researchers, because prevention efforts tend to get too little attention. We think that focus on sleep quality could reduce PTSD not only in the military, but also in police, medical first-responders, and others who have high exposure to trauma."

It is estimated that up to 50% of the US adult population suffers from some level of insomnia symptoms in a given month.

According to Dr. Lee, "the relationship between sleep problems and post-traumatic stress is highly intimate, probably even at the level of individual neurons. Sleep disturbance may be a key reason why traumatized individuals have difficulty engaging neural circuits that do not relate to the stress response."