Tesla is "working with the authorities to establish the facts." 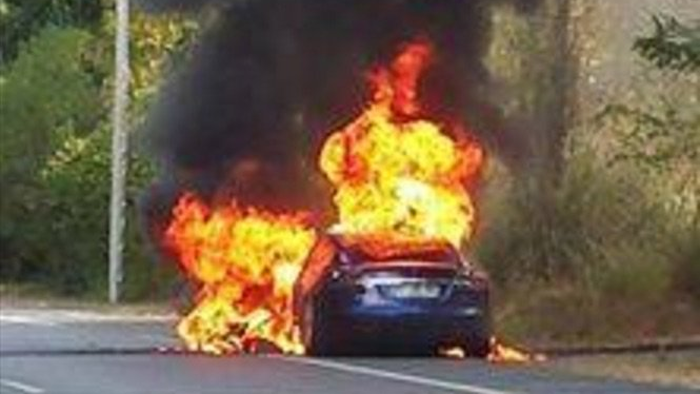 During a test drive in a Model S 90D, the vehicle suddenly made a loud noise and sent a visual alert on the dashboard stating that there was a problem with “charging”, according to electrek.
@teslaliving

PARIS (AP) — A Tesla electric car caught fire during a promotional tour in southwest France, and those aboard escaped unharmed.

Tesla said in a statement that it is "working with the authorities to establish the facts" about Monday's fire in Bayonne.

The driver was quoted in local newspaper Sud Ouest as saying he answered a Facebook ad offering test drives of the Model S sedan. The driver said he saw smoke, and the three people aboard got out before seeing it catch fire.

Regional administration spokesman Patrice Abbadie said Tuesday that nobody was hurt and no property was damaged.

The U.S. government investigated Tesla in 2013 after two fires in Model S sedans, but closed the investigation after Tesla raised the cars' suspensions and added a titanium shield to protect their batteries.