The weapon is the first short-range, air-to-air missile to be used on the F-35. 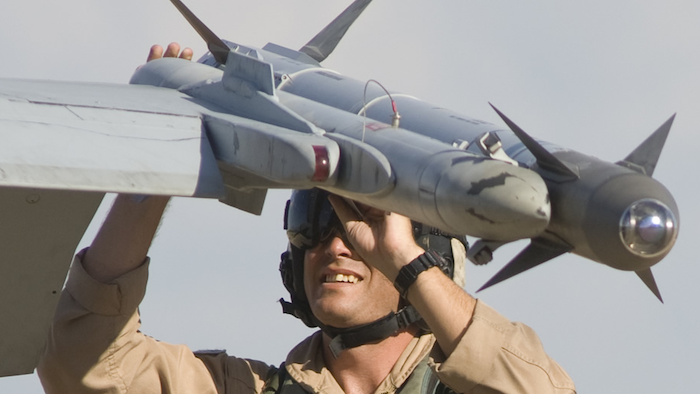 Raytheon has been producing AIM-9X missiles for more than 14 years.
Raytheon

The weapon is the first short-range, air-to-air missile to be used on the F-35.

"These tests validated the on-board communications and handoffs between the aircraft and the missile required to prosecute an aerial target," said Mark Justus, AIM-9X program director for Raytheon Missile Systems. "AIM-9X will help ensure our pilots and allies have the most reliable and effective weapons on the F-35. We look forward to the remaining flight test and integration work, leading to fielding of the AIM-9X on the most advanced fighter aircraft."

The series of guided live fire tests proved the end-to-end system capability of AIM-9X on the F-35, including:

The F-35 can carry two AIM-9X missiles on its wings and four AIM-120s internally when configured for an air dominance mission. These test firings advances integration of the AIM-9X, with introduction across the F-35 fleet expected in 2017.

The fourth guided test in the series is expected to take place later this year.

AIM-9X is a U.S. Navy-led, joint Navy and U.S. Air Force program, with program offices in Patuxent River, Md., and Tucson, Ariz. Raytheon has been producing AIM-9X missiles for more than 14 years.

The Block II will also be the baseline effector for the U.S. Army Indirect Fires Protection Capability Increment 2 Intercept, Block 1, making AIM-9X a true dual-use missile, effective in either air-to-air or surface-to-air applications without the need for modifications to the missile.