Funding promotes research to speed the deployment of a new generation of wireless networks that may be up to 100x faster than today's. 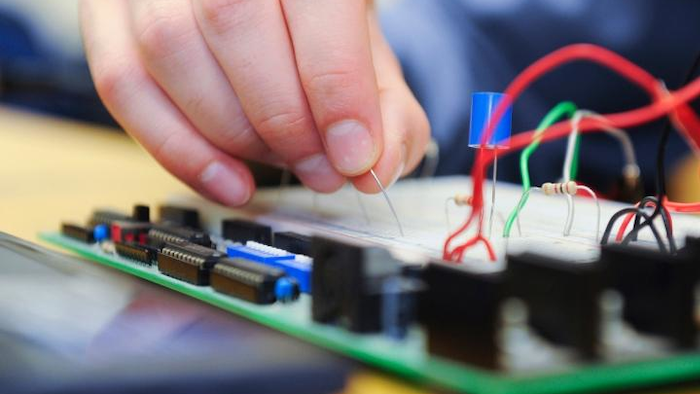 The National Science Foundation has awarded more than $2.5 million in research funding to Wireless@Virginia Tech for projects in support of the White House's Advanced Wireless Research Initiative, which promotes innovative spectrum policy and research to speed the deployment of a new generation of wireless networks that may be up to 100 times faster than today's.

The funding will address critical issues concerning emerging wireless communication networks and technology, which are vital to economic growth and development in the United States.

"The five research projects awarded to Virginia Tech are intended to propel the technological revolution of wireless for decades ahead, from spectrum management to the Internet of Things," said NSF program director Thyaga Nandagopal. "The White House initiative aims to deploy and use four city-scale testing platforms for advanced wireless research over the next decade with Platforms for Advanced Wireless Research, a program designed to develop wireless research platforms conceived by the U.S. academic and industrial wireless research community."

Multiple faculty members from the Bradley Department of Electrical and Computer Engineering in Virginia Tech's College of Engineering and Wireless@Virginia Tech, a cognition and communication center funded by the Institute for Critical Technology and Applied Science, will serve as academic research partners to create solutions fundamental to the nation's progress.

"Virginia Tech is a world leader in radio spectrum and cognitive radio research, "said Michael Buehrer, professor of electrical and computer engineering and director of Wireless@Virginia Tech. "We are pleased NSF has invested in our efforts to drive research to the next level in support of the White House's initiative."

"NSF has a long, proud history of catalyzing fundamental research in networking and communications that has resulted in profound impacts for science and society," said Jim Kurose, head of computer and information science and engineering at the NSF. "Fundamental research on advanced wireless will be transformative and take us beyond the current and next generation of wireless - beyond what has been envisioned thus far."