These microrobots are soft, flexible, and motor-less 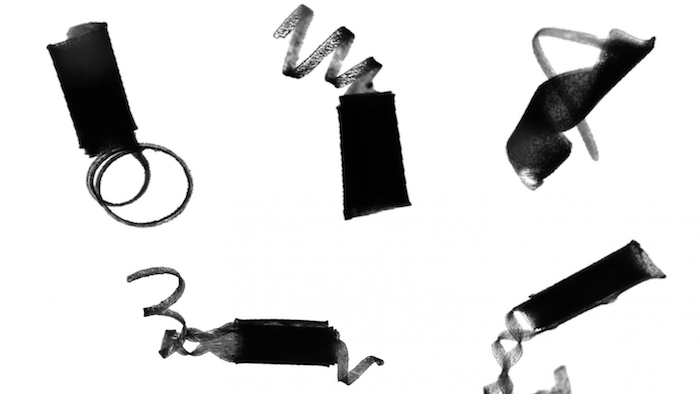 Scientists at EPFL and ETHZ have developed a new method for building microrobots that could be used in the body to deliver drugs and perform other medical operations.
Selman Sakar

For the past few years, scientists around the world have been studying ways to use miniature robots to better treat a variety of diseases. The robots are designed to enter the human body, where they can deliver drugs at specific locations or perform precise operations like clearing clogged-up arteries. By replacing invasive, often complicated surgery, they could optimize medicine.

EPFL scientist Selman Sakar teamed up with Hen-Wei Huang and Bradley Nelson at ETHZ to develop a simple and versatile method for building such bio-inspired robots and equipping them with advanced features. They also created a platform for testing several robot designs and studying different modes of locomotion.

Their work, published in Nature Communications, produced complex reconfigurable microrobots that can be manufactured with high throughput. They built an integrated manipulation platform that can remotely control the robots' mobility with electromagnetic fields, and cause them to shape-shift using heat.

Unlike conventional robots, these microrobots are soft, flexible, and motor-less. They are made of a biocompatible hydrogel and magnetic nanoparticles. These nanoparticles have two functions. They give the microrobots their shape during the manufacturing process, and make them move and swim when an electromagnetic field is applied.

Building one of these microrobots involves several steps. First, the nanoparticles are placed inside layers of a biocompatible hydrogel. Then an electromagnetic field is applied to orientate the nanoparticles at different parts of the robot, followed by a polymerization step to "solidify" the hydrogel.

After this, the robot is placed in water where it folds in specific ways depending on the orientation of the nanoparticles inside the gel, to form the final overall 3D architecture of the microrobot.

Once the final shape is achieved, an electromagnetic field is used to make the robot swim. Then, when heated, the robot changes shape and "unfolds".

This fabrication approach allowed the researchers to build microrobots that mimic the bacterium that causes African trypanosomiasis, otherwise known as sleeping sickness. This particular bacterium uses a flagellum for propulsion, but hides it away once inside a person's bloodstream as a survival mechanism.

The researchers tested different microrobot designs to come up with one that imitates this behavior. The prototype robot presented in this work has a bacterium-like flagellum that enables it to swim. When heated with a laser, the flagellum wraps around the robot's body and is "hidden".

A better understanding of how bacteria behave "We show that both a bacterium's body and its flagellum play an important role in its movement," said Sakar. "Our new production method lets us test an array of shapes and combinations to obtain the best motion capability for a given task. Our research also provides valuable insight into how bacteria move inside the human body and adapt to changes in their microenvironment."

The other scientists involved in this work are Andrew Petruska and Salvador Pane.

The samples could provide clues to the origins of the solar system.
Nov 27th, 2020