Everyone is talking about driverless vehicles, but even partial automation has financial and safety benefits.

Sherry Stokes
The Traffic21 Institute's goal is to design, test, deploy and evaluate information and communications technology based solutions to address the problems facing the transportation system of the Pittsburgh region and the nation.
Carnegie Mellon University

Carnegie Mellon College of Engineering researchers have concluded that the public could derive economic and social benefits today if safety-oriented, partially automated vehicle technologies were deployed in all cars.

"While there is much discussion about driverless vehicles, we have demonstrated that even with partial automation there are financial and safety benefits," says Chris T. Hendrickson, director of the Carnegie Mellon Traffic21 Institute.

Hendrickson and Constantine Samaras, professors of Civil and Environmental Engineering, and Corey Harper, a Ph.D. student at the college, analyzed the benefits and costs of deploying crash-avoidance technologies in the U.S. light-duty vehicle fleet.

These technologies, which are relevant in 24% of all crashes, include blind spot monitoring, lane departure warning and forward collision crash avoidance systems. Collectively, these technologies could prevent or reduce the severity of up 1.3 million crashes a year, including 10,100 fatal wrecks.

To learn if it is economically advantageous to speed up deployment of these technologies, the researchers analyzed government and insurance industry data and created two estimates of benefits. To determine the annual costs of crashes, in one scenario, the researchers assumed all relevant crashes were avoided, while in the second scenario they evaluated the impact of the three safety technologies on the quantity and severity of wrecks.

Then, taking into account the prices auto manufacturers charged for these technologies in 2015, the researchers deduced how much it would cost to equip each car with the safety features and annualized that amount over the lifetime of the vehicle.

When the team compared the price of equipping cars with safety technology to the expected annual reduction in the costs of crashes, they discovered a net benefit in both scenarios. In the perfect-world scenario in which all relevant crashes are avoided with these technologies, there is an annual benefit of $202 billion or $861 per car.

On the more conservative side, when only observed crash reductions in vehicles equipped with blind spot monitoring, lane departure and forward collision crash avoidance systems are considered, there is still an annual positive net benefit of $4 billion dollars or $20 a vehicle. Although $20 per vehicle is small, the researchers believe that future improvements in technology and lower prices could lead to larger net benefits over time.

"If you bought a car right now with these safety systems at the current prices offered by auto manufacturers, both you and society would have a positive economic benefit. We are seeing that partial automation is accomplishing crash and crash severity reductions, and we expect that to improve. This study creates a framework for regulatory action encouraging early deployment of partial automation technologies," says Hendrickson. 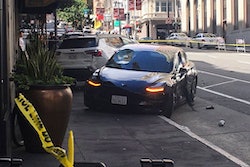 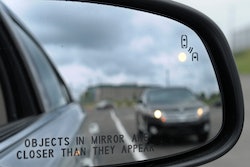