More than $400 million in private and public investments to support fundamental wireless communication research and infrastructure with potential to change every aspect of our daily lives. 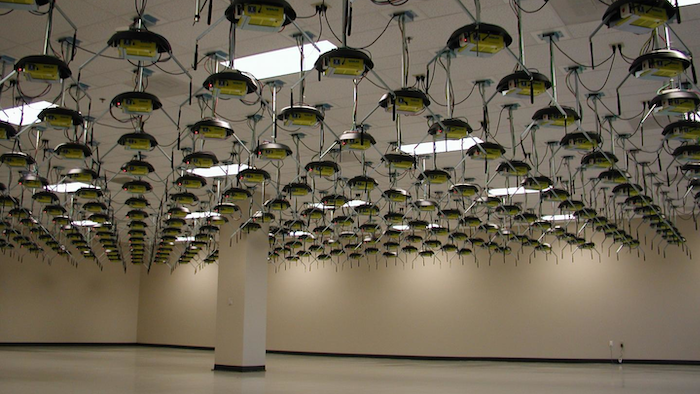 Today, the National Science Foundation (NSF) announced that it will invest more than $400 million over the next seven years to support fundamental wireless research and to develop platforms for advanced wireless research in support of the White House's Advanced Wireless Research Initiative.

These investments will support the research community in experimenting with and testing novel technologies, applications and services capable of making wireless communication faster, smarter, more responsive and more robust.

In the last decade, wireless usage across the U.S. has expanded dramatically, with nearly 350 million smartphones, connected tablets and wearable devices in use -- more than double the number from a decade ago -- carrying more than 100,000 times the traffic they supported in 2008.

Experts anticipate as many as 200 billion connected devices globally by 2020. The need for ultra-high-speed, high-bandwidth and low-latency (rapid-response) wireless connectivity will only increase.

"NSF is a leader in catalyzing and supporting our nation's academic research community to advance scientific discovery and innovation," said NSF Director France Córdova. "In the area of computer networking and communication, NSF has nurtured communities of researchers, experimenters and developers from the very beginning. The efforts of the Advanced Wireless Research Initiative will continue this progress and have profound implications for science and society in the years to come."

Among the factors driving the need for improved wireless technologies are the prospects of vehicle-to-vehicle communications to support self-driving cars and increase highway safety; remote surgery and telemedicine to improve patient care; and immersive video and virtual reality content to enhance personal experiences and productivity.

Fundamental research and development on next-generation wireless technologies, along with important spectrum policy work carried out by the Federal Communications Commission (FCC), will drive the information technology- and innovation-based economic growth at the heart of the American economy.

"Working with other agencies and industry partners, NSF's support of fundamental research on advanced wireless will be transformative and take us beyond the current and next generation of wireless -- beyond what has been envisioned thus far," said Jim Kurose, head of Computer and Information Science and Engineering at NSF. "Many promising areas of research, including millimeter-wave networks, dynamic spectrum sharing and network virtualization, are maturing after years of federal investment but require additional experimentation and testing at scale."

As part of the Advanced Wireless Research Initiative, NSF announced a series of commitments to achieve the nation's long-term communications and IT goals:

NSF, in partnership with leading wireless industry companies, announced the formation of a collaboration to design, deploy and operate four platforms for advanced wireless research over the next seven years. Each of these research platforms will be the size of an entire small-sized U.S. city and will enable a number of research thrusts, including dynamic wireless spectrum use, millimeter wave spectrum use, network architectures and network security/privacy.

Reflecting the importance of the research platforms to the U.S. wireless industry, more than 20 companies and private-sector associations, including equipment vendors, device manufacturers and wireless carriers, have cumulatively pledged more than $35 million in cash and in-kind donations to enable the construction of these research platforms.

NSF will commit more than $50 million towards this effort, beginning in Fiscal Year 2017. This investment includes $5 million over the next five years to establish a PAWR Project Office (PPO). A new solicitation posted today calls for project proposals to manage the PPO.

NSF will issue two challenges, with monetary prizes totaling $1 million, in support of enhancing wireless broadband connectivity to address important societal challenges. The first challenge will focus on providing rapid, large-scale wireless connectivity to restore critical communication services in the aftermath of a disaster. The second will seek innovative ways to provide low-cost, seamless connectivity in urban areas by leveraging fiber optics in light poles. Both challenges will officially launch later this year.

As part of an ongoing partnership with Intel Labs, NSF issued a new program solicitation with Intel to support $6 million in basic research on innovative network architectures that optimize wireless edge networks as a way to process very large quantities of information with response times of less than one millisecond.

Joint solicitation with the Academy of Finland on Wireless Innovation between Finland and the U.S. (WiFiUS)

As part of an ongoing partnership with the Academy of Finland, NSF issued a new joint solicitation that will invest $5 million to support U.S.-Finland collaborative research projects on novel frameworks, architectures, protocols, methodologies and tools for the design and analysis of robust and highly dependable wireless communications systems and networks, especially as they support and enable the internet of things.

NSF is coordinating with the Defense Advanced Research Projects Agency (DARPA) to promote the participation of U.S.-based student teams in the DARPA Spectrum Collaboration Challenge, a competition to develop radios with advanced machine-learning capabilities. NSF issued a Dear Colleague Letter that calls for proposals to support up to six teams annually for the duration of the challenge. These student-led teams will be trained and advised by NSF-funded scientists and engineers who are experts in wireless spectrum research.

NSF is supporting an international network of researchers from industry, academia and federal agencies as part of an effort to identify emerging challenges, share knowledge of cutting-edge research and form collaborations in the arena of broadband wireless networks operating in the mmWave spectrum, capable of delivering nearly 1 gigabit per second of data to individual devices.

NSF is funding a workshop to convene an international community of practice that can identify important lessons learned and best practices from past platform efforts, and thus help successfully guide the PAWR program announced today.

NSF announced that it is supporting a workshop that aims to identify research challenges that need to be solved to support ultra-low response times in communication networks for applications such as ubiquitous virtual reality and remote surgery. The workshop will be held in October 2016.

Above and beyond the investments in advanced wireless research platforms and other activities described above, NSF anticipates investing $350 million over the next seven years in fundamental research and at-scale testing and experimentation on critical components of wireless technologies and policies, bringing the total NSF investment to roughly $400 million.

Today's announcement builds upon NSF's history of supporting testbeds that enable fundamental research in networking and information technologies. For example, the NSF-supported Global Environment for Network Innovations (GENI) project that was funded in 2007 has laid the foundation for a unique, fast, programmable, national "virtual laboratory" for at-scale networking experimentation.

Just as past federal funding supported research that led to 3G, Wi-Fi and 4G/LTE technologies, the NSF investments announced today have the potential to power the next generation of wireless technologies in the coming decade. This, in turn, will fuel economic growth and national vitality in areas from manufacturing and agriculture to health care. And at the same time, these investments will cultivate a new generation of researchers and educators poised to transform society for decades to come.

The samples could provide clues to the origins of the solar system.
Nov 27th, 2020