The new collaborative lab will make a new generation of autonomous air, sea and land vehicles. 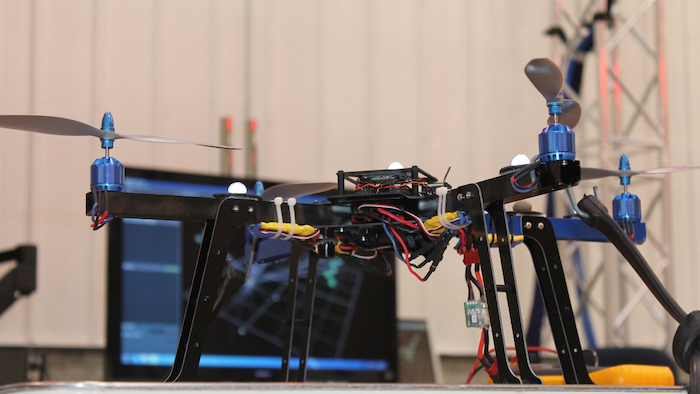 Yesterday, Boeing opened a new research laboratory to test hardware and software that will make a new generation of autonomous air, sea and land vehicles work together more effectively as a team or unit.

The lab will serve as the company's leading location for collaborative autonomous technology development with academic institutions and research partners, including government agencies and other companies.

"Collaborative technology is at the forefront of innovation for taking advanced vehicles that already carry out dull, dirty or dangerous work, such as assisting in search and rescue, firefighting and military missions, and making them even more effective," said Nancy Pendleton, leader of the Boeing Research & Technology Missouri research center. "This lab provides us an outstanding environment to experiment and innovate with a variety of autonomous vehicles and the systems and sensors that drive them, from small unmanned aerial vehicles to unmanned undersea vehicles."

The 8,100-square-foot (753 square-meters) Collaborative Autonomous Systems Laboratory is dedicated to the development, maturation and validation of autonomous and multi-vehicle collaboration technologies.

The cornerstone of the lab is an 80,000-cubic-foot motion capture system that allows the facility to simultaneously operate multiple unmanned air vehicles (UAVs) and unmanned ground vehicles.

The indoor flying test range contains a high-resolution blended projection system for the development and testing of vision-based technologies, such as image processing algorithms or detection of moving objects in scenery.

The projection system can work in concert with the motion capture system and high-fidelity simulations to support live-virtual testing in realistic simulated scenarios.

The facility also includes an enclosed, vented area that enables an around-the-clock reliable test environment and access to Global Positioning System and other signals used for ground testing and static engine runs of small UAVs.

"Autonomy is revolutionizing our world and this lab will be an important part of our mission to deliver solutions across air, land and sea for global customers," said Kory Mathews, vice president of Autonomous Systems, a division of Boeing Military Aircraft also headquartered in St. Louis.

The CASL is part of the Boeing Research & Technology-Missouri (BR&T-Missouri) research center. Other BR&T-Missouri research labs and capabilities include the Non-Destructive Test Lab, the Human Systems Integration Center and a Polymer Synthesis Lab.

More than 700 engineers, technicians and staff at BR&T-Missouri develop a variety of technologies that involve systems, digital aviation and support, rate-independent production and next-generation materials.

BR&T is the company's advanced research and development organization, providing technologies that enable the development of future aerospace solutions while improving the cycle time, cost, quality and performance of existing Boeing products and services.

BR&T has 11 research centers around the world in Australia, Brazil, China, Europe, India, Russia and the United States, including Alabama, California, Missouri, South Carolina and Washington.