Matt Shipman
This is an early prototype of the wristband used in the Health and Environmental Tracker (HET), an integrated, wearable system that monitors a user's environment, heart rate and other physical attributes with the goal of predicting and preventing asthma attacks.
James Dieffenderfer

Researchers have developed an integrated, wearable system that monitors a user's environment, heart rate and other physical attributes with the goal of predicting and preventing asthma attacks. The researchers plan to begin testing the system on a larger subject population this summer.

The system, called the Health and Environmental Tracker (HET), is composed of a suite of new sensor devices and was developed by researchers from the National Science Foundation's Nanosystems Engineering Research Center for Advanced Self-Powered Systems of Integrated Sensors and Technologies (ASSIST) at North Carolina State University.

According to the Centers for Disease Control and Prevention, asthma affects more than 24 million people in the United States. Asthma patients currently rely on inhalers to deal with their symptoms, which can include often-debilitating asthma attacks.

"Our goal was to design a wearable system that could track the wellness of the subjects and in particular provide the infrastructure to predict asthma attacks, so that the users could take steps to prevent them by changing their activities or environment," says Alper Bozkurt, the principal investigator of a paper describing the work and an assistant professor of electrical and computer engineering at NC State.

"Preventing an attack could be as simple as going indoors or taking a break from an exercise routine," says James Dieffenderfer, lead author of the paper and a Ph.D. student in the joint biomedical engineering program at NC State and the University of North Carolina at Chapel Hill.

The HET system incorporates a host of novel sensing devices, which are incorporated into a wristband and a patch that adheres to the chest.

The patch includes sensors that track a patient's movement, heart rate, respiratory rate, the amount of oxygen in the blood, skin impedance and wheezing in the lungs.

The wristband focuses largely on environmental factors, monitoring volatile organic compounds and ozone in the air, as well as ambient humidity and temperature. The wristband also includes additional sensors to monitor motion, heart rate and the amount of oxygen in the blood.

The system also has one nonwearable component: a spirometer, which patients breathe into several times a day to measure lung function.

"Right now, people with asthma are asked to use a peak flow meter to measure lung function on a day-to-day basis," Dieffenderfer says. "That information is used to inform the dosage of prescription drugs used in their inhalers.

"For HET, we developed a customized self-powered spirometer, which collects more accurate information on lung function and feeds that data into the system," Dieffenderfer adds.

Data from all of these sensors is transmitted wirelessly to a computer, where custom software collects and records the data.

"The uniqueness of this work is not simply the integration of various sensors in wearable form factors," says Veena Misra, co-author of the paper and a professor of electrical and computer engineering at NC State. "The impact here is that we have been able to demonstrate power consumption levels that are in the sub-milliwatt levels by using nano-enabled novel sensor technologies. Comparable, existing devices have power consumption levels in the hundreds of milliwatts.

"This ultra-low power consumption is important because it gives the devices a long battery life, and will make them compatible with the power generated by the body - which is not a lot," says Misra, who is also the director of the ASSIST Center. "It enables a pathway to realize the ASSIST Center's vision of self-powered wearable sensors in the near future."

"We have tested the system in the benchtop and on a limited number of human subjects for proof of concept demonstration and have confirmed that all of the sensors work, and that the system accurately compiles the data," Misra says. "This summer, we plan to begin testing HET in a controlled environment with subjects suffering from asthma and a control group, in order to identify which environmental and physiological variables are effective at predicting asthma attacks."

"Once we have that data, the center can begin developing software that will track user data automatically and give users advance warning of asthma attacks," says Bozkurt, who as testbed leader of the ASSIST Center is overseeing HET system integration. "And that software will allow users to synch the HET to their smartphones so that they can monitor their health on the go. After these tests are completed, and the prediction software created, we are hoping that a fully functional HET system will be available." 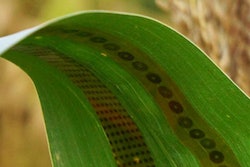 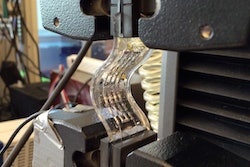 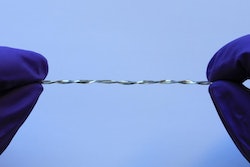