Obama: Science 'Is Fun. I Love This Stuff'

President Obama made the declaration while recognizing scientists and innovators for putting "countless revolutionary discoveries within our reach." 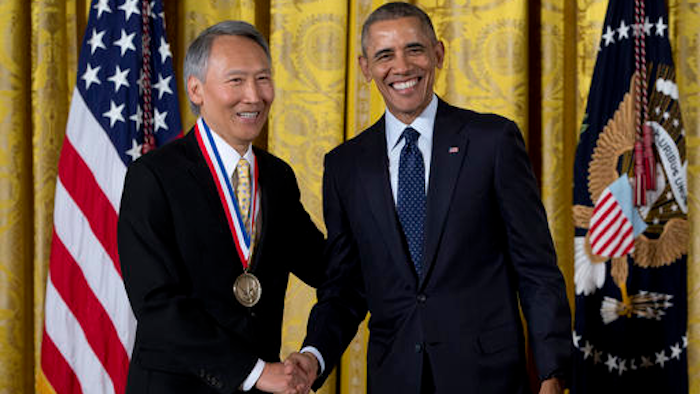 President Barack Obama shakes hands with Dr. Chenming Hu of the University of California, Berkeley, after awarding him the National Medal of Technology and Innovation, Thursday, May 19, 2016, during a ceremony in the East Room of the White House in Washington.
AP Photo/Carolyn Kaster

Obama paired the honors with a renewed pitch for encouraging young people to pursue careers in science, technology, engineering and math.

He announced a new advisory board to solicit suggestions from youngsters on how the government can support budding scientists and innovators. He also noted that the White House is "engaging in a lot of science and tinkering here" — including astronomy nights, hack-a-thons and code-a-thons, and science and maker fairs.

"It is fun. I love this stuff," Obama said, noting that the events have allowed him to test some "cool stuff."

Returning to the ceremony, the president said the "real reason we do this" is because "it's not just the winner of the Super Bowl or the NCAA tournament that deserves a celebration. We want the winners of science fairs, we want those who have invented the products and life-saving medicines and are engineering our future to be celebrated as well."

The medals are the highest honors the U.S. bestows on its scientists, engineers and inventors.

Recipients of the National Medal of Science: