By 2020, the jet could cut drastically cut global flight times by flying Mach 1.6 over land and sea. 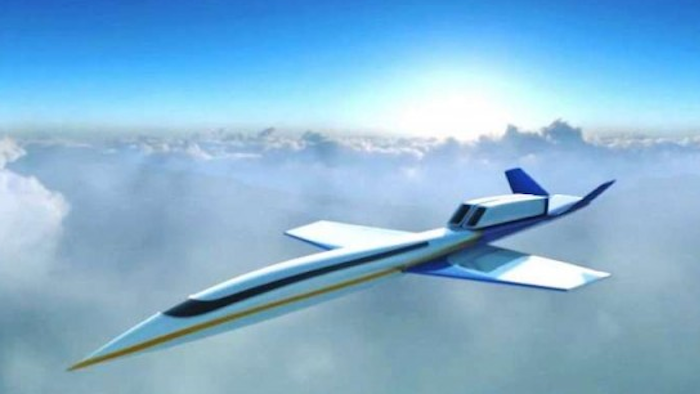 According to Spike, this works by optimizing the aerodynamic design primarily through shaping of the wing, fuselage and tail.
Spike Aerospace

Boston-based Spike Aerospace says it will start building a prototype low-boom supersonic jet this summer, designed to travel at Mach 1.6 over land as well as sea.

The sonic boom created by previous supersonic passenger aircraft such as Concorde led to them being restricted to trans-oceanic journeys. However, Spike claims its S-512 Supersonic Jet will be able to break the sound barrier with a diminished sonic boom, opening up trans-continental routes across Europe, the Middle East, Asia and Africa.

“Sure, there is a market for high-boom supersonic jets that only fly over water,” said Vik Kachoria, Spike Aerospace president and CEO. “But there is a much bigger demand for low-boom jets that can fly supersonic everywhere.”

The 18 passenger S-512 has been in development since 2013. The aircraft will employ proprietary Quiet Supersonic Flight (QSF) technology to achieve its low-boom goal.

According to Spike, this works by optimizing the aerodynamic design primarily through shaping of the wing, fuselage and tail. The design helps to minimize any disturbing sound created by the sonic wake. Spike claims that by the early 2020s the S-512 will be will be making flights from Paris to Dubai in 3.5 hours or London to Hong Kong in 5.5 hours.

In January, Spike announced a partnership with Spanish aerospace company Aernnova to work on the development and validation of major structural systems including the fuselage, wing and vertical tail. Later stages of the partnership will involve engineering of aircraft high-lift and control surface systems.

“Aernnova will play an important role in our structural analysis which will help our engineering team optimize the design, minimize loads and reduce weight,” said Tom Langer, Spike senior engineer.

While Spike has said that ticket prices for supersonic flights are expected to be at a slight premium to business or first class seats, it has also claimed that the cost on some routes will be about the same as business class.

The vessel will journey from England to Massachusetts to mark the 400th anniversary of the Mayflower.
Sep 16th, 2020

Over 6 trillion cigarettes are produced each year — resulting in 1.2 million tons of toxic waste.
Sep 16th, 2020

It will allow a small number of entrepreneurs to pitch their products directly to Lowe’s.
Sep 16th, 2020

Gilead Sciences is seeking to broaden its cancer treatments portfolio.
Sep 14th, 2020
Follow Us
Most Recent