Recovered SpaceX Rocket Back at Port After Sea Landing 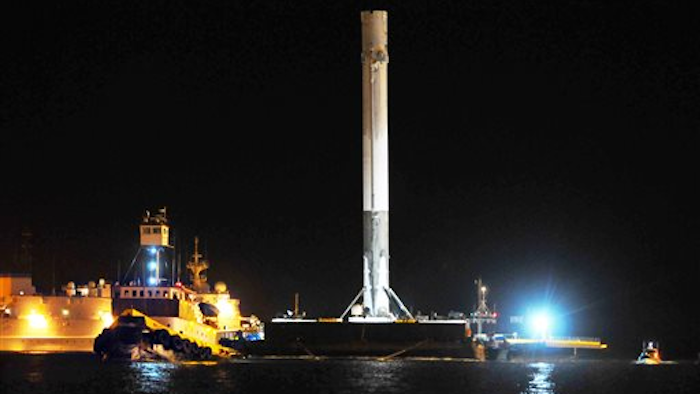 CAPE CANAVERAL, Fla. (AP) — The rocket that made a historic landing at sea last week is back at its home port.

SpaceX's recovered 15-story booster, still standing tall on its floating platform, pulled into Florida's Port Canaveral before dawn Tuesday. The company plans to test-fire the engines 10 times. If everything looks good, the booster could be used again on another mission as early as June.

SpaceX is the first company to land a rocket at sea. This particular first-stage booster hoisted space station supplies for NASA on Friday. Normally, it would have ended up at the bottom of the Atlantic.

SpaceX founder and chief executive Elon Musk says reusability is crucial for lowering launch costs and opening access to space. His dream is to build a city on Mars.