Billionaire Yuri Milner just put up $100 million dollars to explore the universe – which should cover less than 10 percent of total operating costs once we’re up and exploring.

David Mantey
The Nanocraft will be propelled by phased arrays of lasers via a light beamer.
Breakthrough Initiatives

This afternoon, billionaire philanthropist Yuri Milner and physicist Stephen Hawking revealed Breakthrough Starshot, a $100 million research and engineering program that aims to create proof-of-concept, high-speed, light-driven nanocraft. The development will lay the foundation for an eventual voyage to Alpha Centauri, a star system that is 4.37 lightyears away from the solar system.

“What makes human beings unique?” Hawking asked at the press conference. “There are many theories. Some say language and tools; others say logic and reasoning … they obviously haven’t met many humans,” he joked. “I believe what makes us unique is transcending our limits.”

“How do we transcend these limits? With our minds and machines,” Hawking added. “The limit that confronts us now is the great void between us and the stars, but now we can transcend it.”

According to Milner, who founded Breakthrough Initiatives in 2015 with his wife Julia, the moon still marks the furthest point that humans have traveled. So as we prepare to head to a star system approximately 25 trillion miles away, we must find a faster, more efficient means of travel. Fusion is still fiction, and thus not a suitable fuel option, so Milner posits that it is time to leave fuel behind and thrust deep into space to explore the questions of life via … sail.

What Is a Nanocraft?

The nanocraft is made up of two primary components, a StarChip and Lightsail. According to Milner, such an ambitious pursuit would not be possible without three transformative trends that made this whole solar-sailing endeavor possible—microfabrication, nanotechnology, and photonics.

Cellphone technology, and Moore’s Law, continues to push the miniaturization of microelectronic components. This enabled the creation of StarChip, a gram-scale wafer with cameras, photon thrusters, a power supply, and navigation and communication equipment. The package is about the same size as (if not a little thicker than) a postage stamp, and when mass-produced, costs about the same as an iPhone to manufacture.

According to Milner, the prospect of sending a microchip to study deep space is “the Silicon Valley approach to space flight.” Then I suppose it does make sense that Mark Zuckerberg is joining Milner and Hawking on the Breakthrough Initiative board.

The proposed nanocraft can fly at speeds reaching 20 percent the speed of light (nearly 60 million m/s), and is capable of reaching Alpha Centauri within a little more than 20 years – though it will still take four years for the images to be relayed back to earth. The star system makes a sensible target since astronomers estimate that an Earth-like planet existing in the habitable zones of Alpha Centauri’s three-star system is feasible.

The StarChip will be attached to a lightsail to complete the interstellar sailboat, though renderings look more like the paratrooper action figures many boys used to launch into the skies.

Using nanotechnology, the lightsail will only be a few meters wide. Considering recent advances in the field that continue to produce thinner, lightweight metamaterials, nanotechnology could enable the fabrication of meter-scale sails no more than a few hundred atoms thick and at gram-scale mass.

Thousands of nanocraft will be simultaneously launched from a mothership from a high-altitude orbit, and then propelled by phased laser arrays which, as a result of the advances in photonics, need to be scaled up to the 100-gigawatt level. Milner suggested that the nanocraft could reach a speed of 100 million KM/hr – just about 1 million times faster than a car.

By sending hundreds (possibly thousands) of nanocraft into space at the same time, it will allow researchers to target alternative destinations along the way. So if they wanted to send a few into the gases around Saturn’s moon, they could do so without suffering massive financial costs, or sacrificing the mission.

“Starshot is aimed at exoplanets, but it may find other things. After all, Columbus was looking for the East Indies,” said Avi Loeb, theoretical physicist, and chairman of the Breakthrough Starshot Advisory Committee. “[We] can send many small spacecraft [per] day, hundreds a year, and they can be sacrificed to come close to targets. We are very curious about whether there is life on Saturn’s moon,” he added about the likely detour.

The research and engineering phase is expected to last a number of years. According to Milner, once the technology is mature, each launch is expected to cost a few hundred thousand dollars. The entire mission to Alpha Centauri would require a budget comparable to the largest current scientific experiments, namely CERN, which had a $1.17 billion budget in 2015 shared by 21 member countries.

The program will be led by Pete Worden, the former director of the NASA AMES Research Center. Besides Milner, Hawking, and Zuckerberg, Worden will be advised by a 24-person committee of world-class scientists and engineers.

“Today, we are launching a collaborative planetary endeavor,” Milner said. “Only by challenging ourselves can we find out if we have the ability and ambition to succeed … It is time to launch the next great leap in human history.” 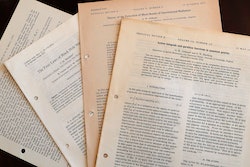 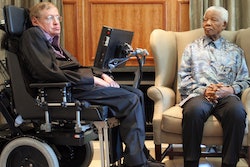