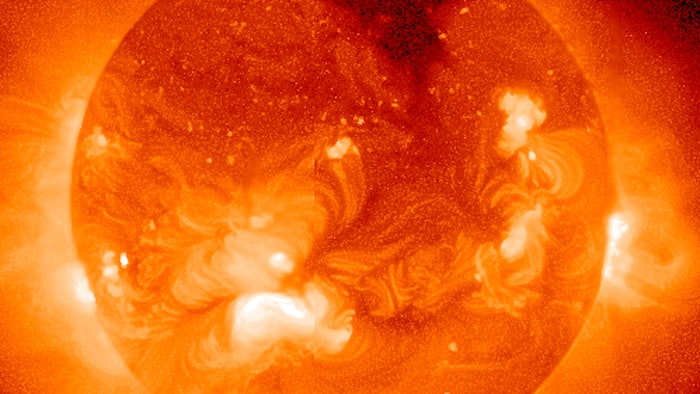 Energy harvesting is emerging as a viable method for electronic devices to pull ambient energy from their surrounding environment and convert it into electrical energy for stored power. This coveted technology has the potential to serve as an alternative power supply for batteries that are ubiquitous in mobile and autonomous wireless electronic devices.

A group of smart materials known as "electrostrictive polymers" have been explored for years by researchers at the INSA de Lyon for their potential mechanical energy harvesting abilities. This week in the journal Applied Physics Letters, from AIP Publishing, the group reports that introducing a plasticizer into these materials offers an efficient way to improve their mechanical energy harvesting performance.

This is a significant breakthrough because one of the biggest challenges for the development of mechanical energy harvesting via electrostrictive polymers is being able to improve their performance.

As a group of smart materials, electrostrictive polymers can produce field-induced strain when exposed to an applied external electric field. "And this strain has a quadric -- equation described by the second degree -- relationship with the applied electric field," explained Xunqian Yin, lead author and a researcher at the INSA de Lyon.

The group's work centers largely on the piezoelectric effect, which refers to the accumulation of electric charge in certain crystalline solids without a symmetric center in response to an applied mechanical stress or strain.

The group studied the influences on mechanical energy harvesting of a variety of operating conditions, including large applied bias DC electric field, as well as the amplitude and frequency of applied external strain. They discovered that increasing the applied bias provides a way to improve the energy conversion efficiency.

In particular, when they worked with a plasticizer-modified "terpolymer," it offered improved mechanical energy harvesting performance, especially when imposed to the same force level, and it can be tapped to create highly sensitive force sensors. "The 'lossy' dielectric and mechanical nature of the modified terpolymer play an important role for energy harvesting based on electrostrictive polymers," Yin said.

Thanks to its large pseudo-piezoelectric coefficient, which is a result of the improved electromechanical coefficient that comes from introducing a plasticizer, "the modified terpolymer thin film can lead to piezoelectric active sensors, such as force sensors," pointed out Yin. "Combining these sensors with advanced fabrication technologies -- inkjet or 3D printing -- should make it easier to build a network of sensors."

The group will also attempt "to find a more efficient plasticizer to modify terpolymer, which can contribute to lower energy losses and also improve its electromechanical performances under a low applied electric field," added Yin. "The lower the electric field, the safer and more convenient it is for applications."