Xerox won’t have another chance to apply pressure until 2021.

When those didn’t materialize, Xerox initiated a series of hostile bids for HP.

Starting in November, 2019 at $22 per share, HP felt the offer dramatically undervalued the company. The company also believed a merger would saddle the combined companies with too much debt.

The final offer reached $35 billion in cash and stock before Xerox announced it would abandon the takeover attempt.

The company blamed “a broader response to the pandemic” as the reason it needed to bail on the offer.

While they could still attempt to pursue a future deal, Xerox won’t have another chance to apply pressure until the next annual shareholders meeting in 2021. 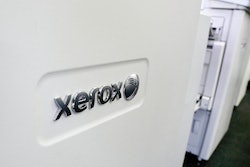