Major Automakers May Be Considering Merger

Both companies have had a tumultuous year.

Two of the world’s largest automakers both lost what were considered to be visionary CEOs within the last year. Fiat Chrysler’s chief Sergio Marchionne died unexpectedly back in July after 14 years at the helm of the automaker.

The industry was then stunned a few months later when chairman and CEO of the Renault-Nissan-Mitsubishi Alliance Carlos Ghosn was arrested in Japan for financial related crimes and was ousted from his leadership positions while he awaits trial.

But it appears possible that both companies could see more big headlines in the near future. According to a report in the Financial Times, Renault is looking to start talks with Nissan with the end game of merging the two companies. And once they do, says FT, they have another acquisition in mind: Fiat Chrysler.

It’s been well documented that Fiat Chrysler has been open to some kind of a merger, with Marchionne speculating publicly about potential buyers for the last few years. Financial Times even revealed that Ghosn had brokered talks between the two entities several years back, but they never went anywhere.

The theory behind the matchup is in two wavering entities gaining strength through a merger: Renault-Nissan-Mitsubishi may benefit from making a power move following the Ghosn scandal, and would also add significant U.S. presence for Renault by leveraging Chrysler’s dealer network. For Fiat Chrysler, the smallest of the Big 3, establishing a partnership could help it take on the larger automakers jockeying for position in the chaotic automotive market where its Jeep and Ram brands are killing it, but it’s Chrysler and Dodge brands really aren’t.

But, a lot has to happen first. Renault and Nissan would have to actually merge, and hope that Fiat Chrysler didn’t get gobbled up in the meantime by one of the other interested parties. And there are several. Not to mention, the Financial Times reports that the Renault – Fiat Chrysler merger talks a few years back sunk, in part, because they faced some serious opposition from the French government.

Either way, it may be an exciting year for M&A. According to Jalopnik’s Michael Ballaban, “it looks like there’s a big wave of automotive industry consolidation on the horizon.” 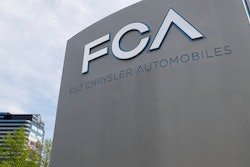 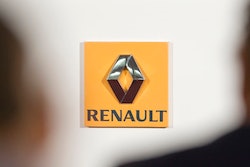