A 5,000 percent sales spike created a 12-week backlog and may have contributed to the company being sold this week.

In this day and age it’s pretty rare to find a company that is the sole source of … anything. But that’s exactly what Fort Wayne, Indiana-based Aardvark Straws represents.

Despite being founded in 2007, the company’s story actually goes back 130 years to 1888 when Marvin Stone invented and patented the paper straw. This company eventually morphed into Precision Products Group. In 2007 Precision Products was asked to leverage its background in tubing and packaging to create a more environmentally-friendly straw. The answer was an updated version of Stone’s original concept.

Aardvark experienced steady year-over-year growth until 2017 – when it saw sales increase by 5,000 percent. That demand continued to escalate as restaurants like Starbucks, communities like Seattle and San Francisco and company’s such as Disney began instituting shifts from plastic straws. These moves and the non-existence of competition made Aardvark a very attractive acquisition target.

Earlier this week Aardvark was purchased for an undisclosed amount by Oshkosh, Wisconsin-based Hoffmaster Group, a leading manufacturer of disposable tableware and paper products.

According to Aardvark the phone had been ringing for some time, but the combination of the right offer and the challenges of keeping pace with demand led to the sale. Aardvark is reportedly facing a 12-week backlog of orders despite running three production shifts, constantly seeking new workers and churning out millions of straws per day for customers around the world.

Hoffmaster hopes to capitalize on the product’s momentum by ramping up manufacturing capacity, investing in more equipment, and potentially seeking a larger production facility over the next six months. The workforce could also double from the current 60 employees.

The one thing that won’t change is the straw itself, which doesn’t get soggy, is naturally degradable and compostable.

Consumer pricing shows Aardvark straws selling for two to 3-1/2 cents each. Although demand continues to soar, it’s possible that Precision Products simply became fatigued with the high-volume, low-margin nature of the business.

The sale of Aardvark did not impact PPI’s other brands – Paramount Tube and Euclid Medical Products, which produce spiral-wound tubes and medical packing products, respectfully. The company has 185 employees in Indiana, Ohio and China. 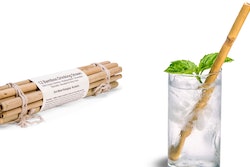 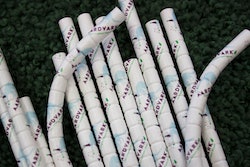 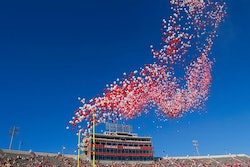