The wage comparison between Amazon and Facebook will shock you.

While Amazon let it slip this week that its Prime program – the annual membership that offers discount pricing and free 2-day shipping –now tops 100 million members, there’s another number people are talking about – the company’s average annual wage, which Amazon revealed in compliance with a new regulation that asks companies to show a comparison between an average worker’s wage and the wage of their CEO.

Amazon has reported an average compensation for its varied workers at $28,446 and Bloomberg has highlighted how this tech icon compares to another household name – Facebook – whose workers reportedly make an average of $240,000.

Keep in mind, a comparison between Facebook’s largely tech-heavy workforce and Amazon’s is not exactly apples to apples: the company employs thousands of warehouse staff and also counts against its average the 88,000 from Whole Foods who are mostly making grocery store wages. Indeed.com reports the average in-store role with Whole Foods compensates in the 11 to 12 dollar range, and according to Salary.com, the average warehouse worker makes about $14.

Average it out and Amazon’s standard yearly compensation is… well… average. So what’s the problem?

Well, the federal government defines its poverty guidelines for a family of four at $25,100, so Amazon’s average is higher, but for the second largest private employer in America, it’s a bit too close for comfort.

Not to mention, Amazon is owned and run by literally the richest man in the world – Jeff Bezos. While he technically “made” about $1.7 million last year, he’s worth $127 billion. So it means on paper, Bezos makes $59 for every dollar an average employee rakes in, which is a much tighter ratio than the average of 271 to 1 for the top 1000 companies in the equity market. But it doesn’t tell the whole story when you consider the actual finances of a guy who is so wealthy he’s spending $42 million to build a 500-foot clock in the middle of nowhere.

But while Amazon may not have been thrilled by being forced to reveal this not-so-flattering wage comparison, they do have one thing going for them – the only private employer bigger than the e-commerce giant is their retail competitor Walmart, and Walmart jobs average about $24,000 per year, putting them just under the federal poverty guidelines. 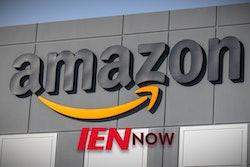