If students didn't comply, they were told that their funding would be cut, room and board subsidies eliminated, or even diplomas withheld.

A new investigation by a Hong Kong-based non-profit is not exactly eliciting a warm feeling about today’s post-high school experience for students in China.

The Guardian has reported that the group “Students and Scholars Against Corporate Misbehavior – or, Sacom – is alleging that several major laptop brands, including Apple, Acer, Sony and Hewlett-Packard, are benefiting from shady labor practices being employed by a supplier.

The Sacom report claims that Taiwan-owned Fortune 500, Quanta Computer, is using Chinese student laborers for over half of its manufacturing employees at its 3 China-based factories, in an effort to maintain a “cheap and disposable” workforce.

The report goes on to claim that students in vocational tracks are recruited to assemble computers and threatened if they refuse – being told their funding will be cut, room and board subsidies eliminated, or even their diplomas withheld. One 18-year-old student explained that the schools were in cahoots with Quanta and, if they began to become overcrowded, they would force existing students to participate in 3-month internships to free up space on campus for new students.

Legally, internships are supposed to relate directly to a student’s course of study, though of nine interviewed for the report, only four were studying electronics. Among the others? Coursework ranged from areas as diverse – and unrelated – as education, hotel management and costume design.

Chinese labor laws require a maximum student workforce of ten percent, but Sacom says there is weak law enforcement and labor monitoring in inland China, which means a lot of this activity persists unchecked. The Guardian cited a 2012 scandal in which students claimed Foxconn was forcing them into internships where their graduation was contingent upon producing Sony’s Playstation 4. 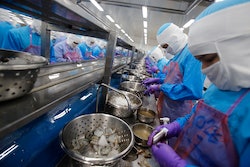 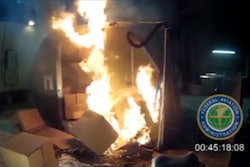