With billions of dollars at risk, companies like Airbus and Lockheed are bowing to India’s demands.

India is on nearly every list of the world’s fastest growing economies, as its gross domestic product has increased by more than 400 percent over the last 15 years. Much of this can be attributed to a lower-cost work force that has attracted a great deal of manufacturing.

However, just as its output has increased, so have issues like overcrowding and pollution. So, what India really needs is stable, higher paying jobs that create more than just factories, but economies of scale.

Along with its GDP growth, the country’s defense budget has increased by 500 percent during this time span and currently ranks fifth in the world.

The country recently unveiled a shopping list of sorts, as it’s looking to invest in new fleets of fighter jets, armored vehicles, submarines and helicopters, and would prefer to source them from leading defense contractors like Airbus and Lockheed Martin.

But there’s a catch: they have to be made in India.

To help transition from the world’s largest importer of defense goods, India is insisting that in order to secure government contracts, companies need to establish partnerships with Indian manufacturers.

With essentially no other options and billions at risk, these companies are bowing to India’s demand.

Perhaps more important than the jobs and related economic benefits, is that Indian manufacturers will have to be brought up to speed on the technologies associated with both the weapons systems and the advanced manufacturing processes needed to create them.

These deals would not only impact operations in the U.S., but France, Germany and throughout Europe.

Standing in the way of this plan - well, first, technology transfer is complicated. And these are highly technical products that simply cannot fail. India will offer foreign companies a list of potential domestic partners, but that doesn’t assure any level of subject matter expertise.

Additionally, if, for example, Lockheed wants to fill an order of F-16s with a manufacturer in India, it would need to get approval from the U.S. and the other governments its supplies. And we can all appreciate the speed of bureaucracy. 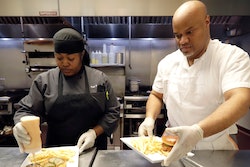