Caterpillar to Move Headquarters to Texas

The construction equipment giant has been based in Illinois for nearly a century. 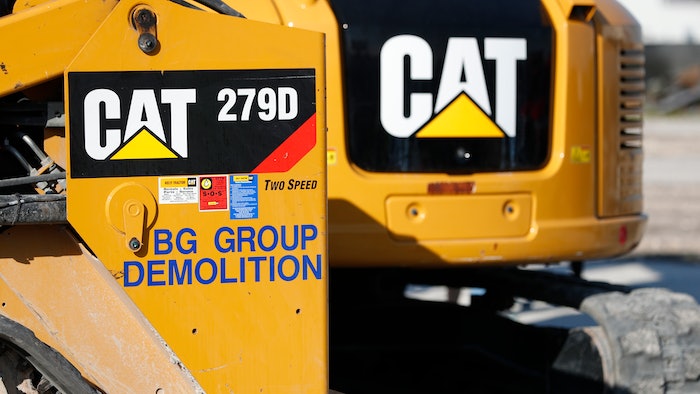 DEERFIELD, Ill. (AP) — Construction equipment manufacturer Caterpillar said Tuesday it is packing up its headquarters from its longtime home state of Illinois and moving to Texas.

Caterpillar Inc. said that it’s transferring its global base to the Dallas suburb of Irving, from Deerfield, outside Chicago.

The company had been based in Peoria, Illinois, for over 90 years before announcing a move to Deerfield in 2017. At the time, it touted Deerfield as meeting its goal of being more accessible to its global customers, dealers and employees.

Caterpillar already has an office in Irving and has been in the state since the 1960s.

“We believe it’s in the best strategic interest of the company to make this move,” CEO Jim Umpleby said.

Caterpillar said it will begin transitioning its headquarters to Irving this year.

It's the latest major corporation to ditch the Chicago area after Boeing Co. said last month that it was moving its headquarters to the Washington, D.C., area.

A handful of technology companies have also recently shifted their headquarters from California's Silicon Valley to Texas. Tesla and Oracle have moved to Austin, while Hewlett-Packard Packard Enterprises is now in Spring, Texas, outside Houston.

Texas Gov. Greg Abbott tweeted that Texas is a “perfect fit” for Caterpillar, despite not quite getting the company's name spelled correctly.

“We are proud that Catapillar now calls Texas home,” he wrote.