The automaker is planning a major restructuring with two businesses: Ford Blue and Ford Model e. 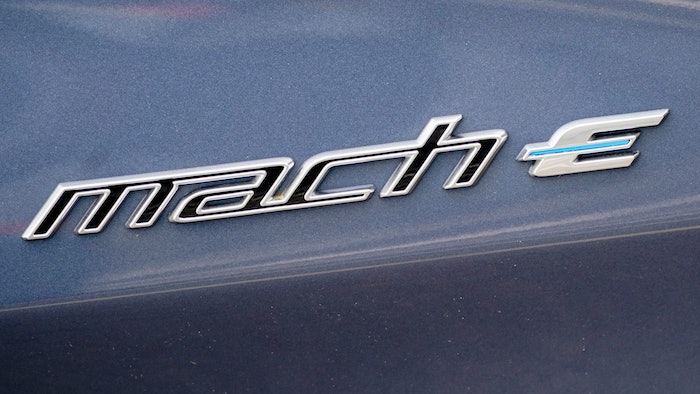 Ford will split its electric vehicle and internal combustion operations into two individual businesses to accelerate its adaptation of new technology and the Detroit automaker said Wednesday that its transformation into an EV company is accelerating.

"We are going all in, creating separate but complementary businesses that give us start-up speed and unbridled innovation in Ford Model e together with Ford Blue’s industrial know-how, volume and iconic brands like Bronco, that start-ups can only dream about,” Farley said.

A pair of EV start-ups, Lucid Group and Lordstown Motors, released disappointing production projections this week, highlighting how difficult it is to secure materials and scale up in the auto industry.

Farley said that the company recognized the need to become more nimble on the technology side with so many competitors entering the market.

“Our legacy organization has been holding us back,” Farley said. “We had to change,”

But Ford is also competing with EV heavyweight Tesla and another traditional automaker, General Motors, which is vowing an even faster transition to electric vehicles. GM went so far as to change its logo, with the ‘m’ in the logo underlined to look more like an electrical plug.

Ford has already charged into the development of electric vehicles with the Ford GT, Mustang Mach-E SUV and F-150 Lightning pickup. Ford also operates an EV division in China.

On Wednesday, Ford said that it now expects that half of its vehicles will be electric by 2030. Less than a year ago, the company announced a goal of going 40% electric by then. It also said that it will produce more than 2 million electric vehicles annually by 2026, representing about a third of its global volume.

Both divisions will be run out of Dearborn, Michigan, the automaker's longtime home. Each will book its profits and losses individually.

Farley, in addition to heading Ford Model e, will continue as CEO of Ford Motor Co. The president of Ford's Americas & International Markets Group, Kumar Galhotra, will become president of Ford Blue. Galhotra said Ford Blue would be the economic engine that would power the electric division forward.

Shares of Ford rose 4% before the opening bell.