Ryanair to Close Base at Frankfurt Airport 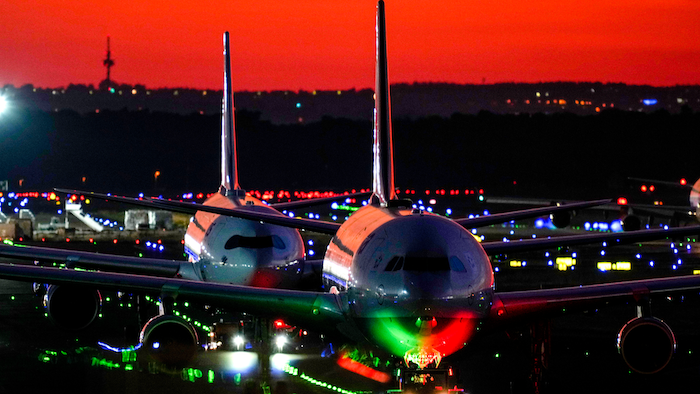 Ryanair said Friday, Jan. 7, 2022 that it's reallocating five planes it has based at Frankfurt Airport to other European airports that “have responded with lower airport charges to stimulate traffic recovery.”
AP Photo/Michael Probst, file

BERLIN (AP) — Budget airline Ryanair said Friday that it plans to stop serving Frankfurt Airport, Germany's busiest, at the end of March. and close its base there.

Ryanair said it is closing its base in Frankfurt and reallocating its five planes there to other airports that “have responded with lower airport charges to stimulate traffic recovery.”

The airline complained that instead of providing incentives as the aviation industry struggles with the fallout from the coronavirus pandemic, Frankfurt Airport “has chosen to increase prices even further, making Frankfurt uncompetitive with European airports.”

The Ireland-based company said that all Frankfurt-based flight crew “can secure alternative positions within the Ryanair network" and that passengers affected by cancellations would receive notifications and refunds “over the coming days.”