3 Key Indicators for Monitoring the Economy in 2022

How will the economy fare in 2022? And how will we even know whether things are improving? 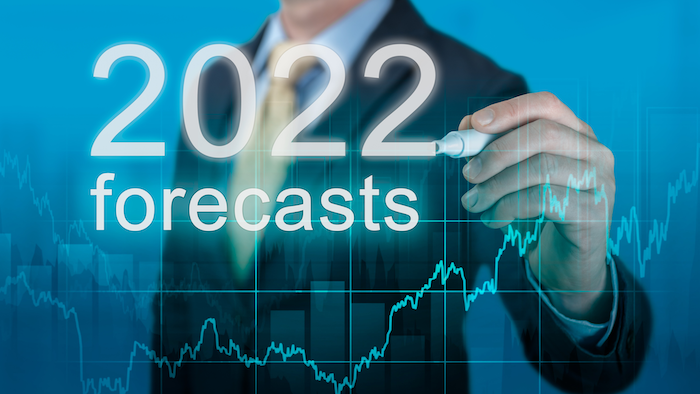 The U.S. economy ended 2021 with a lot of uncertainty. Inflation surged to levels not seen since the 1980s – seriously eroding consumer purchasing power – while the highly contagious omicron variant forced many Americans to hunker down as case counts soared to record levels, reducing economic activity.

How will the economy fare in 2022? And given its size and complexity, how will we even know whether things are improving? To offer some clues, The Conversation U.S. recruited three economists to highlight one measurement tool they’ll be following closely in the new year and explain why it will help them – and you – better understand how the economy is doing.

Americans, especially those on low incomes, have felt the pinch of higher prices in recent months. The price people pay for everything from fish to gasoline has soared, with the pace of change the highest it’s been in decades.

Inflation is a sustained, generalized increase in the prices of many goods and services in an economy. Inflation erodes consumers’ purchasing power and the value of their cash, in effect reducing their real incomes.

A modern economy has millions of goods and services whose prices are continually quivering in the breezes of supply and demand. How can all of these shifts be boiled down to a single inflation rate?

As with many problems in economic measurement, the conceptual answer is reasonably straightforward: Prices of a variety of goods and services are combined into a single price level or index, and the inflation rate is simply a measure of its change over some period.

Economists have many ways to measure inflation, from the ubiquitous consumer price index to the little-known gross domestic product deflator. Even the satirical publication The Onion has a guide. Each has its strengths and weaknesses.

I prefer the tool that journalists commonly use and you’ve almost certainly seen in recent weeks trumpeting the highest inflation rate in about 40 years: headline CPI, which rose 6.8% in November 2021 compared with a year earlier. This is the broadest version of the consumer price index.

Many economists and the Federal Reserve prefer what is known as core CPI, which excludes volatile food and energy prices. Because prices for food and fuel fluctuate frequently even as demand for them remains stable, policymakers argue excluding them makes it easier to figure out what’s really going on in the economy.

But this ignores two categories that absorb a significant share of most household budgets – especially among the less affluent. After all, people need food – up 6.1% over the past year – and energy – up 33.3% in 2021 – to survive. As such, it seems problematic to exclude them.

Economists like me will be watching the main consumer price index closely in 2022 to see if it stays elevated, continues to climb or finally begins to fall – which is what most economists forecast.

Not only will it tell us a lot about the state of the U.S. economy and how quickly the Fed may have to raise interest rates, but it will likely also be a major factor in who gains most in the midterm elections. Research has found that high inflation rates – and especially gas prices – are strongly correlated with disapproval in the president’s job performance.

Will Americans return to the workforce?

The labor force participation rate is not one of the “big three” macroeconomic indicators – gross domestic product, inflation and the unemployment rate – that economists, financial markets and journalists slavishly follow. As a matter of fact, it might not even make the top 10. But it is one of the variables that I will be following especially closely in 2022.

The labor force participation rate is the percentage of the civilian population aged 16 and up who are either employed or are actively seeking a job. This measure gives us a sense of the share of working-age population who are making themselves available to work.

From the 1970s through the turn of the century, there was an almost uninterrupted increase in the labor force participation as more women joined the workforce. During that period, it rose from a low of roughly 60% to an all-time high of 67.3% in the first quarter of 2000.

From the early 2000s until the pandemic hit, the participation rate steadily declined and was about 63% at the end of 2019. It fell sharply in April 2020 as the U.S. began a period of lockdowns to try to contain the rapid spread of COVID-19, reaching a nearly 50-year low of 60.2% that month.

Although the rate has recovered somewhat, it continues to flounder below 62% because of a combination of factors brought on or exacerbated by the pandemic, such as fear about returning to a physical workplace and pandemic-related benefits that made it more financially feasible to go without a job.

While economists don’t identify a specific participation rate as ideal, it’s generally believed that a sudden, sizable reduction in the rate presents significant challenges to the smooth functioning of an economy. That’s because it represents a rapid withdrawal of productive resources – workers – that can’t be easily or quickly offset. This is one cause of the recent surge in inflation, not to mention the supply chain problems the global economy is currently experiencing.

If the rate doesn’t rise to pre-pandemic levels in the coming year or two, that would dash hopes for a stronger economic recovery and would signal high inflation and supply chain shortages will be with us for some time to come.

Melanie Long, Assistant Professor of Economics, The College of Wooster

As an economist who studies consumer finances, I spend a lot of time thinking about how much Americans spend. That is why I will be watching one number particularly closely in 2022: median usual weekly earnings.

In short, this data point tells us how much the typical worker – rather than the average one, which can be misleading – receives in pretax pay each week, adjusted for inflation. Anyone who manages a budget knows that how much you make is only half the story. Prices matter just as much. “Real” weekly earnings are adjusted based on the cost of consumer goods. Higher prices mean that families can afford to buy less with the same pay, so their real earnings would fall.

Unfortunately, this number is a bit delayed, coming several months after the release of the nominal data – which doesn’t factor in inflation. But accounting for prices is more important now than ever. The prices of everything from used cars to chicken are rising at the fastest rate in a decade. These increases will cut into families’ buying power and threaten to stall an already slow economic rebound.

Before the pandemic, real weekly earnings were on the rise as historically low unemployment rates forced companies to pay more to attract workers. In the second quarter of 2020, real earnings suddenly spiked – primarily because millions of low-wage workers lost their jobs because of lockdowns, and so their incomes weren’t being calculated in the figure. Earnings subsequently fell back to pre-pandemic levels as low-wage workers returned to work.

Now there are signs that wages could again be on the rise for some workers. For example, service workers have been quitting their jobs in droves, in part in search of better pay with other employers. Given the ongoing labor shortage, some companies seem to have had little choice but to raise wages.

One concern economists have about these wage hikes is that employers might react by raising prices further to help pay for them. This in turn could prompt workers to demand higher wages. Economists call this a “wage-price spiral,” which if allowed to spin out of control could lead to stagflation – slow growth, high inflation – or worse.

The direction that real earnings take in 2022 will have a major impact on families’ spending and the pace of economic growth. Consumer spending makes up nearly 70% of U.S. economic activity each year.

I will be watching this number carefully this year to see how the competing forces of increasing prices and rising wages ultimately shape the fragile pandemic economic recovery.

This article is republished from The Conversation under a Creative Commons license. Read the original article here: https://theconversation.com/inflation-workforce-participation-and-real-wages-3-key-indicators-for-monitoring-the-economy-in-2022-172204.