The technology is "coming." 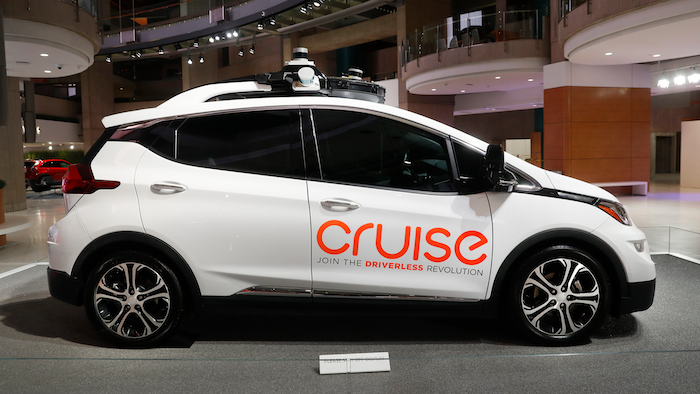 Doug Parks, GM’s product development and purchasing chief, told analysts Thursday that he has ridden in a Cruise vehicle with no driver and the company is very close to deploying the service.

“The technology is really coming,” Parks said at the Deutsche Bank AutoTech Conference. “We’re on our way, targeting commercial deployment next year.”

Parks also threw cold water on speculation that the company would spin off the majority-owned Cruise, saying that GM believes the companies create more value as a combined entity.

He also said that GM’s fully electric Chevrolet Silverado pickup truck will go on sale in 2023 as GM accelerates plans to roll out 30 new electric models globally through 2025.

The company will unveil the Silverado E and other models at the CES gadget show in January, Parks said. Two other new electric vehicles will go on sale in 2023 as well, he said. “We’ll be off to the races at that point,” he said.

Parks also said that a $30,000 small electric Chevrolet SUV that will have more than 300 miles of range per charge is coming out soon, but gave no specifics.

GM already has announced that the GMC Hummer pickup and SUV will go on sale next year, along with the Cadillac Lyriq SUV.