Officials said it would "directly support the desperately needed domestic manufacturing of semiconductors." 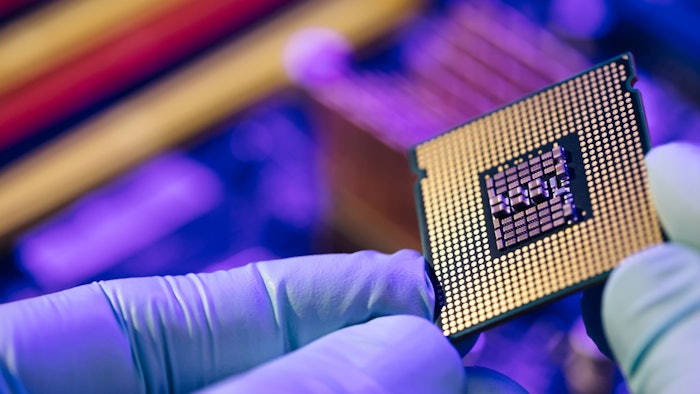 SK Group announced its plans Thursday, saying it will build the plant at the same site in Covington that hosts its plant named SKC that opened in 1996 making polyester films that can be used on solar panels, in packaging and for other uses.

The Korean conglomerate is also building a $2.6 billion complex to make batteries for electric vehicles in Commerce, northeast of Atlanta. Georgia politicians advocated for SK in a trade dispute that threatened the plant, with the company eventually negotiating a $1.8 billion settlement that allowed it to continue with its plans.

Alison Wentley, a spokesperson for the Georgia Department of Economic Development, said the state and SK signed a ceremonial memorandum of understanding in July that “signified the commitment of the project and location.” She said more detailed incentive agreements have not yet been finalized.

Wentley said SKC would be eligible for a tax credit granted when jobs pay at 110% or higher of Newton County's average annual wage. SK could be granted at least $5 million in state income tax credits over five years, and possibly up to $10 million depending on how much jobs pay.

The company says it plans to hire engineers, technicians and others, with production beginning in 2023.

Kim said the glass-based semiconductor technology will aid performance and hold down power use for some computing uses, as well as high-speed communications.

It’s unclear if Georgia Tech will financially benefit from the use of the technology.

“We’re delighted that Georgia Tech’s investment in packaging research and advanced circuitry over the last 25-30 years has contributed to Georgia’s selection as the best place for the company to manufacture their state-of-the-art semiconductor technology," Georgia Tech President Angel Cabrera said in a statement.