The announcement was a blow to the company's plans to go public. 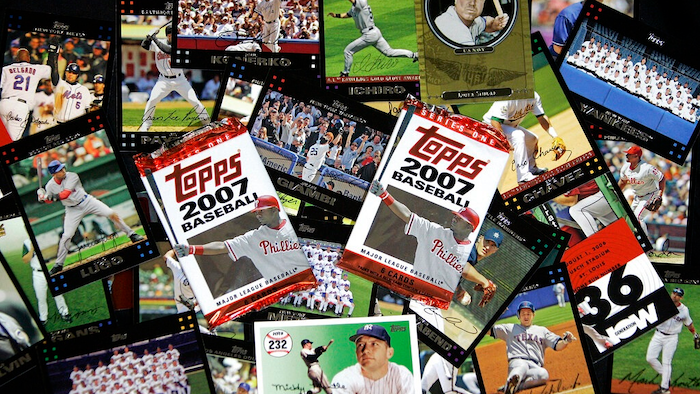 Major League Baseball is ending a 70-year relationship with trading card company Topps after signing a new partnership with a rival company.

The loss of the MLB partnership immediately scuttled a deal announced earlier this year that would have made Topps a publicly traded company.

The special-purpose acquisition company Mudrick Capital Acquisition Corporation II said Friday that its agreement to merge with Topps to take the company public was terminated by mutual agreement after it found out that MLB and the league's players’ union would not be renewing their respective agreements with The Topps Co. when they come up for renewal at the end of 2025 and 2022, respectively.

ESPN reported on Thursday that it obtained a memo from the Major League Baseball Players Association that a company created by the sports merchandise company Fanatics that has yet to be named will be the exclusive licensee for baseball cards once its current licensing agreements expire at the end of next year. The Fanatics deal also includes the players' unions for the National Basketball League and the National Football League, ESPN reported.

Fanatics did not immediately respond to a request for comment.

The proposed deal with Mudrick would've made Topps a public company. Topps, which was bought in 2007 by former Disney CEO Michael Eisner through his firm, The Tornante Co., said in a prepared statement on Friday that it will now remain private.

Topps said that it expects to be able to make substantially all its current licensed baseball products through 2025.