The building has an intelligent factory framework, an advanced manufacturing environment and a flexible factory construct. 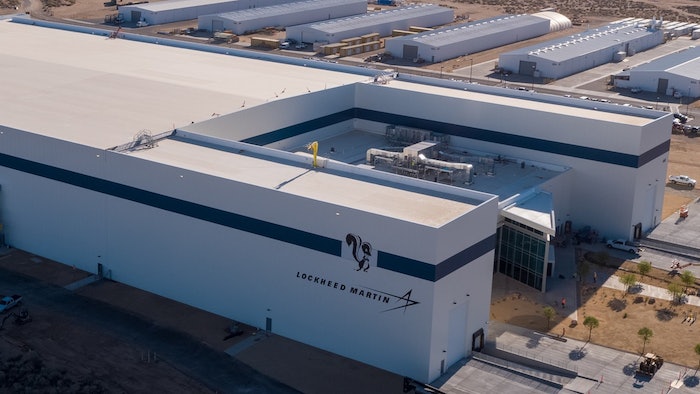 Lockheed Martin announced that it has completed construction of an advanced manufacturing facility at its Palmdale, California, campus and headquarters to the Skunk Works.

The 215,000 square foot intelligent, flexible factory has digital foundations to incorporate smart manufacturing components, embrace the Internet of Things and deliver cutting edge solutions rapidly and affordably to support the United States and its allies.

This is one of four transformational manufacturing facilities Lockheed Martin is opening in the U.S. this year.

This new building incorporates all three of Lockheed Martin's advanced production priorities: an intelligent factory framework; a technology enabled advanced manufacturing environment; and a flexible factory construct to support customer priorities with speed and agility while bolstering manufacturing capability in the United States.

Merging the power of human and machine, manufacturing artisans will work with digital tools to execute operations with maximum efficiency. The incorporation of robotics, artificial intelligence and augmented reality reduces the need for hard tooling, elevating the human experience to drive rapid innovation, a hallmark of the Skunk Works.

In addition to manufacturing, the facility includes office and break spaces to accommodate more than 450 employees. The company has created over 1,500 new jobs for California since 2018.

This project is the cornerstone of over $400 million in capital investments being made across Lockheed Martin's Palmdale campus to address growth in support of its customers' missions.

Lockheed Martin Skunk Works is responsible for many aerospace firsts, including the United States' first jet fighter (P-80), the world's first stealth fighter (F-117) and the world's first 5th generation fighter (F-22). With a proven way of working based on 14 simple rules, the Skunk Works is known for rapidly solving urgent national needs. With eight Collier trophies and a National Medal of Technology and Innovation awarded from the office of the President of the United States, the Skunk Works continues to define what is next in aerospace.