Saab and Boeing are breaking the norm in military aircraft design, engineering and production. 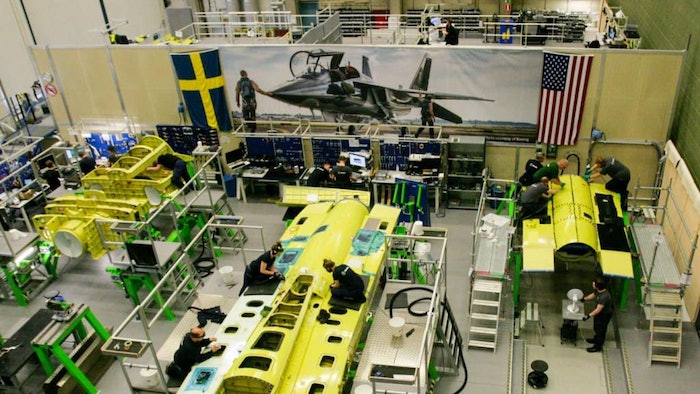 On July 24, 2021, Saab shipped an aft airframe section from its Linköping site in Sweden to Boeing in St. Louis, Missouri.

Once the engineering and manufacturing development (EMD) production phase is completed, Saab’s new facility in West Lafayette, Indiana, will begin production of the aft airframe sections for the T-7A program.

In April 2021, Saab delivered its first T-7A Red Hawk aft airframe section for assembly as a ground-based structural testing aircraft. Upon arrival at Boeing in St. Louis, Saab’s aft section was joined perfectly with the front fuselage in less than 30 minutes. That achievement is a testament to the use of digital design and engineering, which delivers accuracy, efficiency and improved quality throughout the design and delivery of T-7A Red Hawk.

T-7A Red Hawk is a new advanced pilot training system designed for the U.S. Air Force to train the next generation of combat pilots for decades to come.

The aircraft has benefited from Saab and Boeing’s “breaking the norm” approach to military aircraft design, engineering and production, which saw the preceding T-X aircraft go from concept to first flight in just 36 months.