Amtrak to Pay $7.3B to Replace Aging Trains

Some are nearly a half-century old. 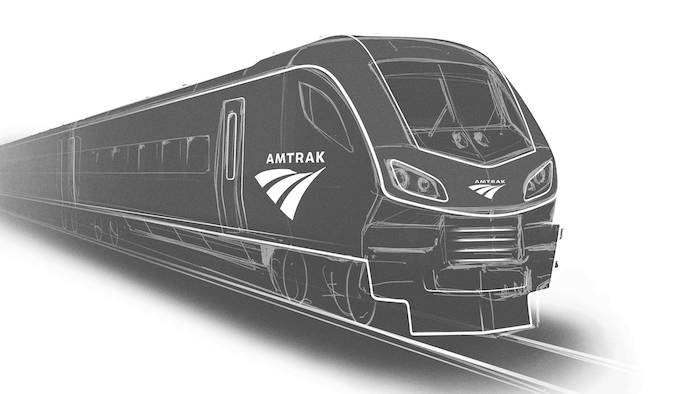 This image provided by Siemens shows a rendering of one of the new Amtrak trains to be built in the U.S. by Siemens Mobility. Amtrak announced plans, Wednesday, July 7, 2021, to spend $7.3 billion to replace 83 passenger trains, some of which are nearly a half-century old.
Siemens via AP

DETROIT (AP) — Amtrak plans to spend $7.3 billion to replace 83 passenger trains, some nearly a half-century old, though much of the funding must still be approved by Congress.

Amtrak said Wednesday that under the contract with German manufacturer Siemens AG, some of the trains will be hybrids, able to operate on diesel fuel and electricity where wires are available. The new trains will replace Amfleet, Metroliner and state-owned equipment starting in 2024.

The new engines and passenger cars will be built at a U.S. factory in Sacramento, California.

The trains will go to lines in New York, New England, California, the Northwest, Virginia and elsewhere. The railroad has an option to buy 130 additional trains from Siemens.

Siemens says the first delivery will be in 2024 to the Cascades line in the northwest, with the rest continuing through 2030. Manufacturing will start in 2023. The trains will have an engine and roughly six to eight cars.

The contract will include equipment and a long-term parts supply and service agreement, the statement says.

In an interview, Flynn said the trains will be capable of traveling up to 125 mph (201 kilometers per hour), and they will be able to shift from electric mode to diesel without current delays due to switching engines. Trains often are limited to 90 mph (145 kilometers per hour) by track conditions, he said.

Amtrak says money will come from about $200 million already approved by Congress, as well as future funding that has to be approved. “We expect that we will have annual funding for our portion of the train sets," he said. "If there should be a moment in time when that money isn’t specifically available, we have the ability to finance the units as well,” Flynn said. That money would be repaid by states with trains, and passenger fares, he said.

Amtrak ridership hit a record 32.4 million passengers in 2019 before the coronavirus pandemic hit, Flynn said. Passenger volume is about 62% of what it was before the pandemic, he said.

Prior to the pandemic Amtrak operated around 310 trains per day, but now it's about 201. Flynn expects the schedule to be fully restored by September or October.

In 2016, Amtrak contracted with French train maker Alstom to build 28 high-speed trains for the Acela Express service in the Northeast Corridor.

The infrastructure bill proposed by the administration of President Joe Biden has $66 billion for freight and passenger rail. Biden regularly rode Amtrak between Washington and his home in Wilmington, Delaware, during his 36 years as a senator and has proposed a big increase in federal money for the rail service.

Supporters say that increased use of public transit and rail would reduce greenhouse gas emissions.