It's been an uphill fight for unions to gain traction at foreign-owned auto assembly plants in the traditionally anti-union South. 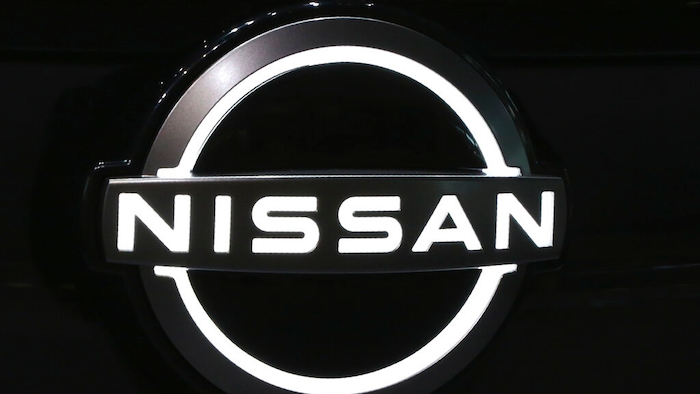 The Nissan Motor Co. logo is displayed at the company's global headquarters in Yokohama near Tokyo, Wednesday, July 22, 2020. Federal regulators have denied a union push to try to organize fewer than 100 employees at the Nissan assembly plant in Tennessee. The ruling instead set a July 2021 union election of 4,300 plantwide production and maintenance workers.
AP Photo/Koji Sasahara, File

NASHVILLE, Tenn. (AP) — Federal regulators have denied a union's push to try to organize fewer than 100 employees at the Nissan assembly plant in Tennessee, ruling instead to set a union election of 4,300 plantwide production and maintenance workers that the union says it will not pursue.

A National Labor Relations Board official ruled Friday that the 87 tool and die technicians at Nissan's Smyrna plant share an "overwhelming community of interest" with the rest of the facility's production and maintenance workers. The official wrote that the only appropriate unionized group through the International Association of Machinists and Aerospace Workers campaign would be one representing all of those workers.

The machinists union said in a statement that it “strongly disagrees with this decision” and would request a review of the NLRB regional director's decision.

The decision complicates efforts in the latest foray in the uphill fight for unions to gain traction at foreign-owned auto assembly plants in the traditionally anti-union South. In-person voting was scheduled July 7 and 8 at the plant, located about 25 miles (40 kilometers) outside of Nashville. Since the union won't pursue the larger vote, per the order, the petition for wall-to-wall representation will be dismissed within two business days when the union doesn't show at least 30% of the 4,300 workers support unionizing.

The union has argued that the 87 employees sought for a bargaining unit have extremely specialized skills for a job that others at the plant cannot do and should be eligible for standalone representation. Meanwhile, the company has contended that the employees are not sufficiently distinct from other plant workers to be eligible for their own small unionized bloc.

Lisa Henderson, acting regional director for the National Labor Relations Board, wrote that although the tool and die workers have unique skills, those are outweighed by other commonalities, including terms and conditions of employment, integration and contact with other types of workers.

“Nissan’s history reflects that we respect the right of employees to determine who should represent their interests in the workplace," said Nissan spokesperson Lloryn Love-Carter. "We are pleased with the board’s position that representation should be decided by all employees at the Nissan Smyrna Assembly Plant, not a small subset of the population.”

Nissan does work with organized labor in the rest of the world, but votes to unionize broadly at the U.S. two plants have not been close. Workers in Smyrna rejected a plantwide union under the United Auto Workers in 2001 and 1989. The Japan-based automaker’s other U.S. assembly plant in Canton, Mississippi, rejected facilitywide representation by the UAW during a 2017 vote.

The margin was much closer in 2014 and 2019 votes at the Volkswagen plant in Chattanooga, Tennessee, where workers twice rejected a factorywide union under the UAW.

The year after the 2014 vote failed, a group of 160 Chattanooga maintenance workers won a vote to form a smaller union, but Volkswagen refused to bargain. The German automaker had argued the bargaining unit needed to include production workers as well. The dust-up led to the 2019 factorywide vote.

Unions also have run into opposition from Republican politicians when they attempt to organize at foreign automakers in the South, including in Tennessee.

Tennessee does have a big union presence at an American automaker. The General Motors plant in Spring Hill has about 3,000 production and skilled trades workers represented by UAW.