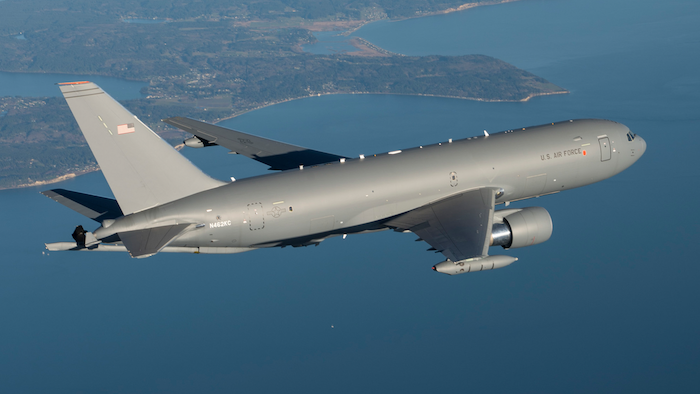 On Wednesday, the U.S. Air Force awarded Boeing a $2.1 billion contract for 15 KC-46A tankers, expanding its fleet of aircraft that will not only set the standard for aerial refueling but will also help enable the integrated digital battlespace.

Like a cellular tower in the sky, the KC-46 connects air forces to data needed to maintain the decision advantage and win on the 21st century battlefield.

The KC-46 is a widebody, multirole tanker designed for state-of-the-art air refueling, cargo and medical transport. Boeing is now on contract for 94 KC-46A tankers.

Boeing is assembling KC-46A aircraft at its Everett, Washington, facility, where it also continues production of the KC-46 tanker for Japan.