Life & Money Lessons from the Pandemic

The pandemic showed me that being personally prepared isn’t enough. 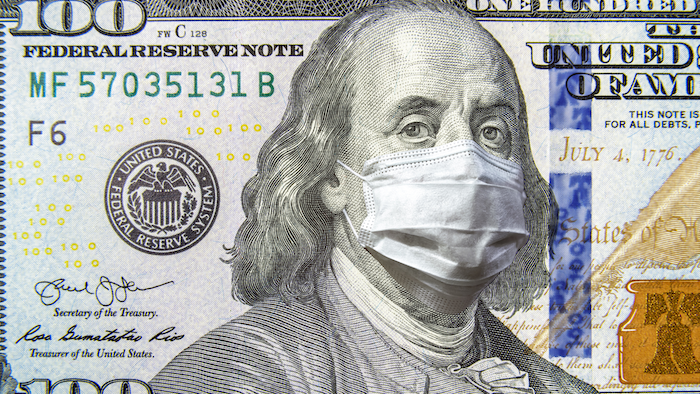 I’m a “be prepared” kind of person. I like having money in the bank and a good stock of emergency supplies.

But I wasn’t prepared to see empty shelves at the supermarket, or thousands of cars lined up at a Texas food bank, or nurses dressed in garbage bags because there wasn’t enough protective equipment.

The pandemic showed me that being personally prepared isn’t enough. Our communities need to be better prepared, as well.

That lesson may seem obvious in retrospect — many lessons are. But the revelation made me curious about what other people have learned from this year. Four of my buddies in the personal finance realm agreed to share what the pandemic has taught them about money and life.

Stalling Can Be Dangerous

Here’s what independent journalist Bob Sullivan learned: During a pandemic, you’re going to hate yourself for procrastinating.

“Say you needed a filling, but you were putting it off. In April 2020, you weren’t getting to the dentist in many places,” says Sullivan, who writes the Red Tape Chronicles newsletter.

Or maybe you always meant to stock up on supplies in case of a natural disaster. The pandemic hits and you wish you had at least gotten a few extra rolls of toilet paper.

Procrastination can cost us in so many ways: the minor car problem that turns into a major repair, or the chance for a low mortgage refinance rate that slips away because we don’t finish the application in time.

Sometimes, stalling can be disastrous. Dying without life insurance, if you have people who depend on your income, can leave those you love most in a terrible position. Not having a will or advanced care directives can do the same.

“So when you think, ‘I have plenty of time to deal with this,’ that might not be as true as it seems,” Sullivan says.

Many companies resisted remote work — until they had no choice. Now, some organizations plan to allow their employees to continue to work remotely after the pandemic ends.

Even when we’re able to move more freely, we may prefer doing more from home. Already, many more people are shopping online, video conferencing with friends and family, using delivery services, seeking health care through telemedicine portals and paying with apps instead of cash or cards. Virtual conferences and virtual tourism, meanwhile, have opened access to people who might never have shown up in person.

As a result, business owners need to think about how they can reach people online as well as in person even after the pandemic ends, says Lynnette Khalfani-Cox, CEO and founder of MoneyCoachUniversity.com. Khalfani-Cox recently coached the owner of a shuttered fitness center to start virtual personal training as well as an online subscription service.

“Most industries going forward will be hybrid industries,” Khalfani-Cox says. “I don’t know how anybody is going to survive in the future if they don’t have a hybrid strategy that incorporates digital at some level.”

Author and blogger J.D. Roth of Get Rich Slowly started August by decluttering his house. He moved on to his digital life, ending streaming services and removing apps from his phone. Then, he considered the clutter in his financial life, which was exposed when he couldn’t do many of the things he normally would.

One example: his season tickets for a local pro soccer team. He’s had them for a decade and at first felt deprived because he couldn’t go to the stadium. When the season started, though, he realized he was perfectly content watching the games from home. Happier, even.

Finally, he considered his time. He realized he was spending far too many hours on social media and that his attention span was evaporating. Roth decided to limit his screen time and consciously do more things that required focus, such as reading books. He’s also spending more time on activities that are truly important to him, such as updating his website, creating YouTube videos and working in his yard.

Erin Lowry, author of “Broke Millennial Talks Money,” has a sizable emergency fund. She wants a bigger one.

The pandemic has demonstrated that there’s no such thing as a recession-proof industry or career, Lowry says. And we’re not out of the woods. Federal Reserve Chair Jerome H. Powell has warned that economic risks remain high as millions remain out of work and government aid runs dry.

Advice to have a large emergency fund can sound tone-deaf, since saving even a small amount can be difficult for households hit hardest by the pandemic. But the soaring personal saving rate indicates many of us do have the ability to put aside more, and that includes Lowry.

“Previously, I felt really comfortable with four to six months’ worth, but now I want at least a year’s worth of living expenses in cash,” Lowry says.