The company is expected to build the Cadillac Lyriq electric SUV at its factory in Spring Hill. 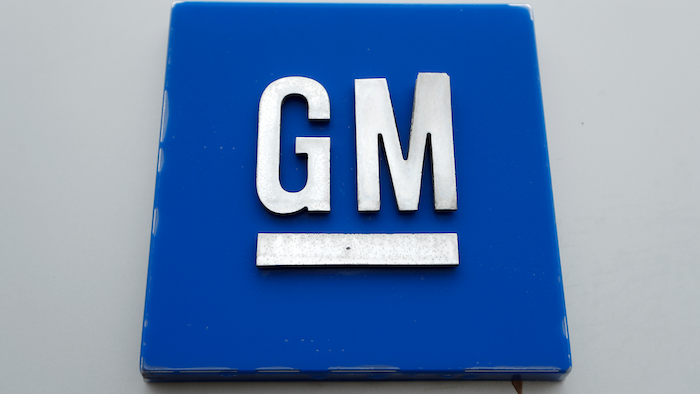 This Monday, Jan. 27, 2020, photo shows the General Motors logo. General Motors is expected to reveal that it will build the Cadillac Lyriq electric SUV at its factory in Spring Hill, Tenn., when it makes a major manufacturing announcement Tuesday, Oct. 20, 2020.
AP Photo/Paul Sancya

DETROIT (AP) — General Motors is expected to reveal that it will build the Cadillac Lyriq electric SUV at its factory in Spring Hill, Tennessee, when it makes a major manufacturing announcement on Tuesday.

The Detroit automaker said it plans an online announcement Tuesday morning, but it declined further comment.

On Friday, Gerald Johnson, GM's head of global manufacturing, said the factory for the Lyriq would be announced this week.

GM already has announced that EVs will be built at its plant in Orion Township, Michigan, and at the Detroit-Hamtramck plant, which straddles the border between the city of Detroit and the hamlet of Hamtramck.

Currently the 7.9-million-square-foot Spring Hill facility employs about 3,400 hourly workers who make the Cadillac XT5 and XT6 gas-powered SUVs as well as the GMC and Holden Acadia SUVs. The complex, which is GM's biggest in North America, also makes four engines that go into GM trucks and SUVs.

The Lyriq small SUV is due in showrooms sometime late in 2022. GM also is expected to announce details of an all-electric GMC Hummer pickup truck this week. They're among 20 electric models the company plans to develop and sell globally by 2023.

The Detroit News reported on Friday that the Lyriq would be built at Spring Hill.