It represents a quarter of the entire workforce for the world's largest oilfield services company. 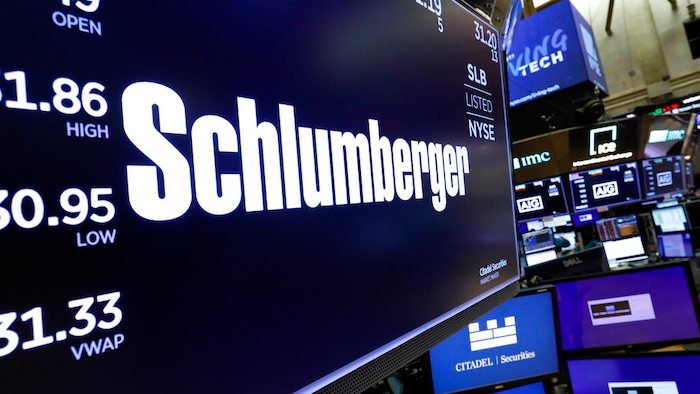 In this Oct. 8, 2019 file photo, the logo for Schlumberger appears above a trading post on the floor of the New York Stock Exchange. Schlumberger is cutting more than 21,000 jobs and paying $1.02 billion in severance as declining oil prices amid the coronavirus pandemic push it to slash costs Schlumberger Ltd. said in a regulatory filing on Friday, July 24, 2020, that vast majority of the severance charge is expected to be paid out during the second half of the year.
AP Photo/Richard Drew, File

Schlumberger is cutting more than 21,000 jobs as the global coronavirus pandemic quashes demand for energy and oil prices are routed.

The company will pay more than $1 billion in severance benefits.

The job cuts announced Friday, about a quarter of its entire workforce, puts the number of people employed by the world’s largest oilfield services company close to where it was at the start of the oil and gas fracking boom that upended global energy markets and put the U.S. on top.

“This has probably been the most challenging quarter in past decades," said CEO Olivier Le Peuch.

Crude prices have dropped 33% this year, and natural gas has fallen 17%, as much of the world took shelter from the coronavirus.

Almost all major users of energy have been crippled because of the lockdown. On Thursday, American Airlines posted a loss of more than $2 billion, and Southwest Airlines said it lost $915 million. That pushed the combined second-quarter loss of the nation’s four biggest airlines to more than $10 billion.

Schlumberger Ltd. said in a regulatory filing Friday that vast majority of the severance charge is expected to be paid out during the second half of the year.

The company said Friday that second quarter revenue plunged 35% and it lost $3.43 billion.