Why Some Employees Feel Guilty About Taking Breaks 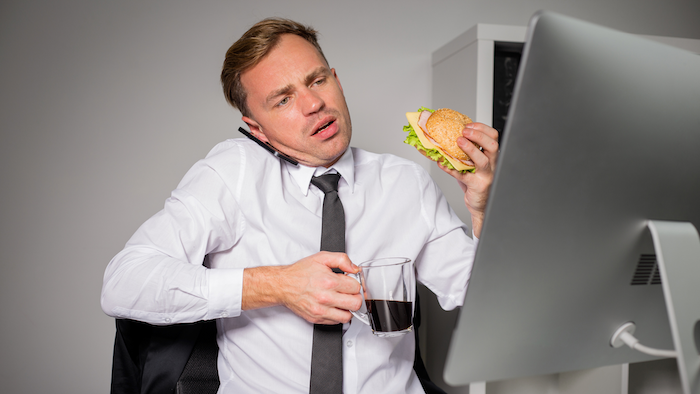 New research from health psychologists at Staffordshire University explores why some employees feel guilty about taking their legally entitled breaks.

The paper's lead author Dr. Mike Oliver explained, "The legally required minimum time for a lunch break at work is 20 minutes, however there is a growing trend nationally for large numbers of people not to take breaks at work, with surveys reporting that between 66% and 82% of workers don't always take their breaks.

"So, how have we got to the point where some people feel guilty about taking their legally allowable break? We were curious to look at the psychological and social behaviors of office workers to understand the enablers and barriers."

With many employees now working from home during the lockdown, Dr. Oliver believes that some people may find it even harder to take breaks.

"We found that one of the best ways to make sure that you take breaks is to take them with your work colleagues, or to be encouraged to take them by your boss. If they are not physically near you, we may find it harder to act on these social prompts."

For the research, groups of office workers at a large employer of differing levels of seniority were asked about their lunch break habits.

Dr. Oliver, who completed his Professional Doctorate in Health Psychology at Staffordshire University last year, said, "This paper highlights the complex relationships that people have with taking breaks, with others and with their physical environment. Some participants did recognize the importance of taking a break in the middle of the day, but others appeared to convince themselves that by doing a less intense work activity, such as responding to emails, whilst eating their lunch at their desk, would actually be taking a break.

"The greater importance that people appear to be placing on completing their work over the time they give themselves for breaks, or simply the sheer volume and pressure of work, may go some way to explaining this pattern of behavior."

He added, "There is mounting concern about the amount of time people spend sitting down at work and not being physically active, so it is really important that people don't put work ahead of breaks and their own physical and psychological health."