The charges are related to the company's diesel emissions scandal. 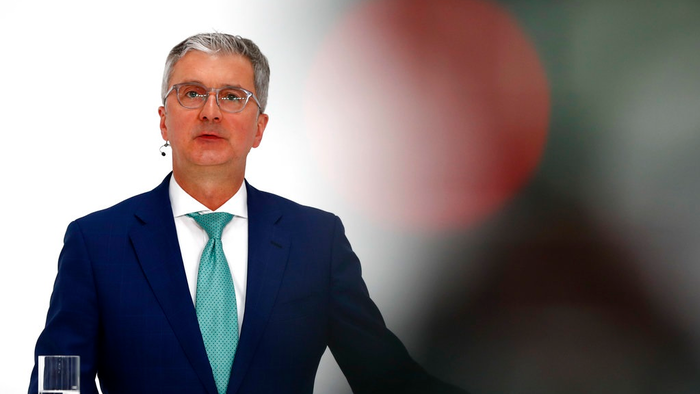 BERLIN (AP) — The former head of Volkswagen's luxury division, Audi, is set to go on trial at the end of September on fraud charges related to the company's diesel emissions scandal.

The state court in Munich said Monday that the trial of Rupert Stadler and three others is to open on Sept. 30, news agency dpa reported.

Prosecutors last year charged Stadler and the other suspects with fraud, false certification and criminal advertising, adding another chapter to the Volkswagen diesel scandal that also led to charges in the U.S. and Germany against Volkswagen’s former CEO, Martin Winterkorn.

The other suspects are accused of having developed engines used in Audi, Volkswagen and Porsche models that had software that made the emissions controls work better on the test stand than on the road.

Prosecutors alleged that Stadler knew about the manipulation in Audi and Volkswagen cars and nevertheless kept selling the models.

Stadler, who was Audi's boss from 2007 to 2018, has denied knowing about or participating in the diesel manipulation.

Volkswagen was caught by U.S. authorities in September, 2015, and has paid billions of dollars in fines and civil settlements.