How COVID-19 Will Impact Sick Workers

Taking advantage of unpaid leave can increase the chances that workers will face economic hardship. 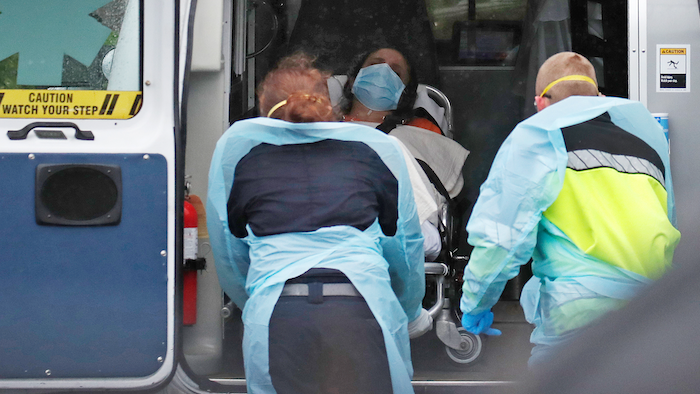 The United States has more reported COVID-19 cases than any other country. But the American workforce may be hard-pressed to take much time off if they or their loved ones get the disease caused by the new coronavirus.

One big reason for that, I’ve learned by studying U.S. family and medical leave policies, is that many Americans can’t afford it.

A patchwork of policies

To address short-term illness or routine medical care, almost three-quarters of the civilian workforce can use employer-provided paid sick days. Typically employees get about eight paid sick days, and it’s up to employers to voluntarily provide this benefit. Depending on where they live, millions of Americans can also access paid sick days through 10 state or 23 local programs.

Almost half of all workers can take up to 12 weeks off without pay and not lose their jobs to care for their newborns and adopted and foster children or if they or a close relative gets cancer or another serious illness, under the federal Family and Medical Leave Act, which Congress passed in January 1993.

And thanks to a new law enacted on March 18, 2020, the Families First Coronavirus Response Act, many people at workplaces with no more than 500 employees may take two weeks of paid sick leave if they or their loved ones get COVID-19 or have to quarantine – as long as the government hasn’t granted an exemption to their employer.

Realistically though, many working families dealing with COVID-19 will require more than two weeks of paid sick leave. That is especially true for the most severe cases, which can require long hospital stays.

Researchers who studied what happened to some of the first COVID-19 patients in Washington state admitted to intensive care found that those who survived were spending at least 17 days in the hospital. Even for workers with less severe symptoms, recovery could easily take more than two weeks, particularly if everyone in their household gets sick from this highly contagious disease.

Beyond sick days, workers have limited access to paid leave to care for or recover from serious illness.

Fewer than 20% of civilian workers have traditionally had access to employer-provided paid family leave. In addition, 40% of workers have access to paid medical leave for their own health through their employer’s short-term disability insurance plan, and 34% have access to this paid leave through long-term disability insurance. A handful of states provide paid family and medical leave that lasts from four weeks to one year, depending on the situation. But these programs rarely pay full wages, and low-income workers in particular can find it hard to take full advantage of them – even when they could use more time to deal with a medical problem.

Researchers asked Americans about their need for family and medical leave and their ability to take it in 2017. Nearly three in four people who said that they had needed leave yet didn’t take it cited concerns over lost wages.

I teamed up with several colleagues to follow up on that finding by estimating how much it would cost workers if they needed to take leave under unpaid and paid leave policies. We found that the typical U.S. worker employed year-round requiring six weeks of leave would lose about $4,600 in wages.

That’s enough money to cover about four and a half months of housing costs – rent or a mortgage payment, along with utilities and other basic expenses tied to keeping a roof over your head.

This short-term setback, of course, is viable for some workers. For example, it’s less of a burden for families with two earners. However, only about 40% of all families fall into this category.

People with enough savings to tide them through can also afford to take advantage of unpaid leave. But more than one in four Americans would have to borrow or sell something to cover a $400 emergency expense, and 12% could not pay this expense outright, according to the Federal Reserve Bank.

The same government survey, conducted in 2018, also found that at least a quarter of Americans went without needed health care that year because they couldn’t afford it.

One consequence of losing so much family income by using unpaid leave is that a full 18% of workers who are employed all year and not poor would experience economic hardship in the short run. This means that their family income would dip below twice the federal poverty line – currently an annual income of $52,400 or less for a family of four.

In this scenario, working families who were not eligible for help before leave would become eligible for some programs such as Medicaid in certain states.

We estimated that if the U.S. had a paid leave program along the lines of California’s system, 6% of workers would experience economic hardship under paid leave compared to 18% under unpaid leave.

The coronavirus relief measure will surely make a difference. But it doesn’t let all workers take all the time off that many of them need, and it is only temporary.

This article is republished from The Conversation under a Creative Commons license. Read the original article here: https://theconversation.com/taking-advantage-of-unpaid-leave-can-increase-the-chances-that-workers-will-face-economic-hardship-129163.