An astronomer alleges the company stole her likeness and name to create its astronaut doll. 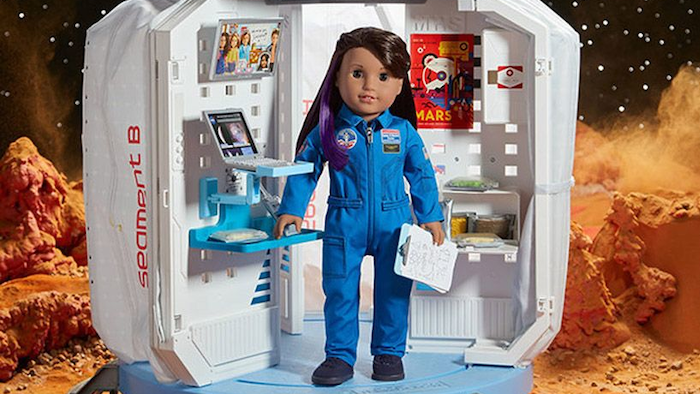 MADISON, Wis. (AP) — A Chicago astronomer has sued the maker of American Girl dolls, alleging the Wisconsin company stole her likeness and name to create its astronaut doll.

The federal trademark lawsuit filed in Madison this week by Lucianne Walkowicz asks American Girl and its parent company, Mattel, to stop selling the Luciana Vega doll, described as “an aspiring astronaut ready to take the next giant leap to Mars," the Wisconsin State Journal reported.

Walkowicz is a TED senior fellow at the Adler Planetarium in Chicago, spent much of her career with NASA and has lectured extensively on Mars exploration.

The lawsuit notes the doll has a purple streak in her hair and wears holographic shoes, just as Walkowicz does.

“Here, the defendants used the name and likeness of Lucianne, a well-known figure in astronomy, space and STEM, who particularly studied the star Vega, in conjunction with the American Girl doll Luciana Vega without obtaining her authorization,” the lawsuit states. “In fact, the defendants incorporated the same color hair streak, shoes and style of Lucianne in the Luciana Vega doll.”

Walkowicz is seeking unspecified compensatory, punitive and other damages.

Walkowicz’s attorney, Charles Mudd Jr., said there have been unproductive discussions with Mattel about the matter. He said there’s no defense for the use of Walkowicz’s likeness without her authorization.