The German airline says a rebound in air travel demand could take years. 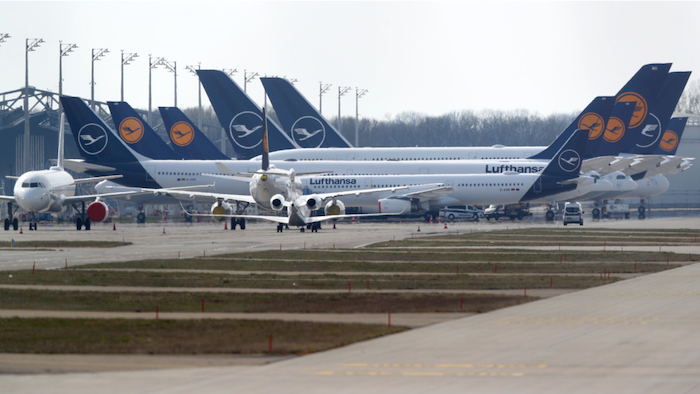 FRANKFURT, Germany (AP) — German airline group Lufthansa said it was permanently removing some of its large aircraft from service and reducing capacity for the long term, saying it will take years for demand for air travel to return to levels seen before the coronavirus pandemic.

The company said in a statement Tuesday that it was retiring six Airbus A-380s, five Boeing 747-400s and seven Airbus A340-600 aircraft, a step that anticipates less traffic long term at its Frankfurt and Munich hubs in Germany. The company was unable to say what eventually would happen to the planes given lack of demand for aircraft at the moment but it was clear they would not fly for Lufthansa again.

The statement gave a downbeat assessment of the prospects for a recovery in air travel, saying that management “does not expect a quick return of the air travel industry to the level before the coronavirus.”

“By its estimation it will take months, before the global travel restrictions are fully lifted and years before worldwide demand for air travel corresponds to the pre-crisis level."

The company said it was ceasing operations for its Germanwings brand, speeding up a move already decided before the crisis. Its Eurowings low-cost division would retire 10 Airbus A320s, while its SWISS, Austrian Airlines and Brussels Airlines group members would also reduce their fleets, in the case of SWISS by foregoing delivery of already ordered aircraft.

Currently 700 of the group’s 760 planes are parked as air traffic has dwindled.