The company has suspended rebuilding its oil refinery. 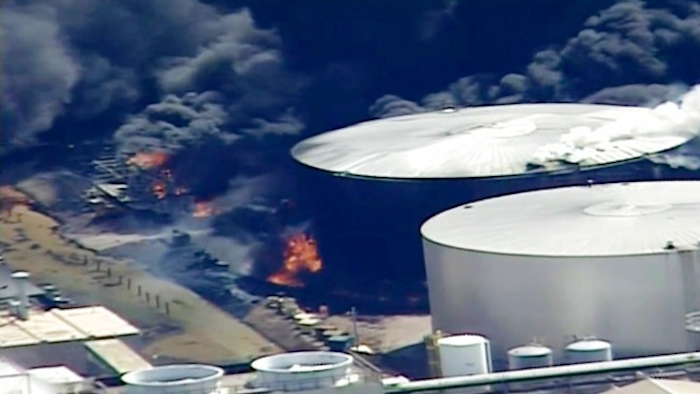 This aerial image from video provided by KSTP-TV in Minneapolis, shows smoke rising from the Husky Energy oil refinery after an explosion Thursday, April 26, 2018, at the plant in Superior, Wis.
KSTP-TV via AP

SUPERIOR, Wis. (AP) — Husky Energy has suspended rebuilding its oil refinery in Superior, Wisconsin, that was damaged by an explosion two years ago because of the coronavirus outbreak, the company announced Tuesday.

The fire and explosion in April 2018 injured dozens of people and forced thousands to evacuate. Alberta, Canada-based Husky received the final approvals to begin reconstruction in September and had expected to wrap up the $400 million project early next year.

Some workers will remain on site as essential functions continue, such as the wastewater treatment plant and gasoline and diesel terminals, Guttormson said. Social distancing rules are in place for employees and customers, including pacing of truck traffic, to try to limit the spread of the coronavirus.