But virus concerns cloud the horizon. 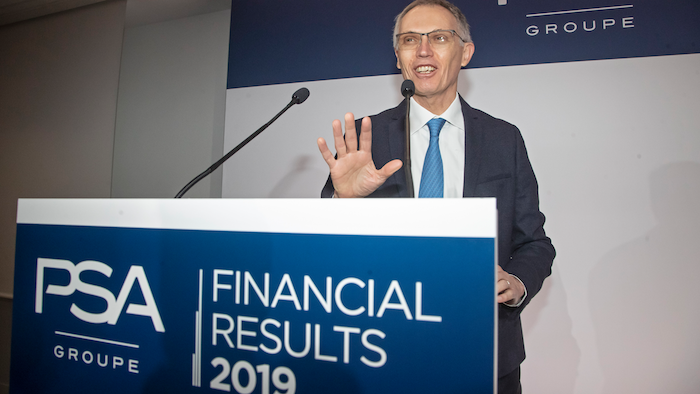 As it prepares to merge with Fiat Chrysler Automobiles, PSA forecast a cloudy market for 2020, with shrinking auto sales in Europe and Russia and stagnation in Latin America — and a question mark around China.

PSA’s losses in China in 2019 involved two joint ventures that it decided to scale back because of shrinking car sales. Early this year, PSA suspended activity at its plants in Wuhan, the epicenter of the virus that apparently emerged from China late last year.

“The virus didn’t help,” Chief Financial Officer Philippe de Rovira told reporters. He said Wednesday it still expects to restart on March 11, and that it’s too early to predict the overall financial impact of the virus on PSA’s activities and sales worldwide.

“It’s clear this is a big risk for the whole industry,” CEO Carlos Tavares said.

Overall, PSA has been on the rise and working to consolidate with rivals as the industry grapples with the transition to electric and driver-less vehicles. PSA reported a 13% boost in profit for 2019, to 3.2 billion euros. It said the company saved 550 million euros last year through its purchase of Germany’s Opel and Britain’s Vauxhall from GM.