Workers described it as 'creepy.'

LONDON (AP) — London-based bank Barclays backed away Thursday from a software program that monitored an employee's productivity - including bathroom breaks - after privacy campaigners described it as “creepy.’’

The City A.M. newspaper first reported that the bank had installed the “Big Brother’’ type program that tracked how long employees were at their desks and sent warnings if they spent too long on breaks.

The program tracked productivity in real time and recorded bathroom breaks as “unaccounted activity.” Employees would receive a daily readout complete with tips such as “mute the phone'' or “disable email/chat pop ups,'' the newspaper reported.

Human rights campaigners, such as Silkie Carlo, the director of Big Brother Watch, challenged the idea, arguing that intrusive monitoring “denies staff the privacy, respect and dignity they deserve at work.’’

“Managers would never get away with breathing down employee's necks, personally monitoring their screens or logging toilet and water breaks,’’ Carlo said in a statement. “The availability of technology to surveil staff surreptitiously does not make it any more acceptable. The use of this technology is creepy.''

Amid the criticism, the bank quickly changed tack, and said all data collected would be anonymised. 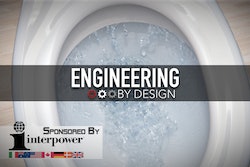